Everything you need to know about Guinea-Bissau including background, food culture, the history, and popular recipes to make. 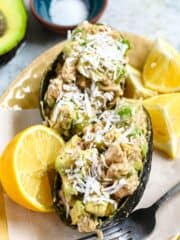 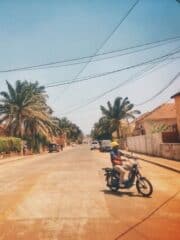 Guinea-Bissau is located next to another country that goes by the name of Guinea. In an effort to keep the countries from being confused, Guinea-Bissau tacked the name of its capital, Bissau, onto the end of “Guinea”.

The people of Guinea often call their country Conakry for the same reason.

Guinea-Bissau is located in West Africa. It borders the Atlantic Ocean, Senegal, and Guinea. The capital of the country is Bissau!

In addition to its land mass located on the African continent, the country also has a grouping of islands off the west coast called the Bijagos. There are 88 islands/islets, but only about 20 of them are inhabited year-round.

The longest river in the country is the Geba River. The country is almost entirely flat with the highest point being only 300 meters tall. It is made up of quite a few forests, but also has beaches, mangroves, swamps and more.

The earliest known people in Guinea-Bissau were indigenous people. The land was eventually incorporated into the Mali Empire, but under a different name (the Kingdom of Kaabu/Gabu) run by the Mandinka people.

However in 1956, Amílcar Cabral established the African Party for the Independence of Guinea and Cape Verde. He led the resistance against Portugal in the Guinea-Bissau War of Independence, which lasted from 1963-1974.

Cabral was a beloved leader in the country, often described as valiant and intelligent. He was, unfortunately, assassinated in 1973, just shy of seeing Guinea-Bissau gain independence in 1974.

Amilcar Cabral’s brother, Luis Cabral, was made the president of the newly independent country. He ruled until 1980 when he was overthrown in a coup.

It is important to note that during the beginning years of their independence, Guinea-Bissau and Cabo Verde planned to unify. This plan fell through around the time that Cabral was overthrown in 1980.

In 1994, the first multi-party elections were held, electing Joao Bernardo Vieira as president. A civil war broke out in 1998 and lasted until 1999. Vieira was eventually exiled to Portugal, and stayed there until 2005, when he returned and… became president again!

Vieira was eventually assassinated in 2009, and the country has changed leaders many times since. In 2010, the European Union even said that the lack of respect for law in Guinea-Bissau was making their security force reform impossible, and they pulled out of the task.

The struggle for power in Guinea-Bissau continues.

The people of Guinea-Bissau are called Guineans or Bissau-Guineans.

The Bijagós people live on the Bijagos islands. They are a matriarchal society in which the woman makes the decisions of the home.

The national language of the country is Portuguese, but not many people in the country actually speak the language. Most people typically speak in their local languages as well as a mix of Guinea Portuguese Creole.

45% of the country is Muslim, 30% practice indigenous religions (primarily animism), and 20% are Christian.

The national dish of Guinea-Bissau is often considered to be Caldo stews, including Caldo Mancarra, a chicken and peanut stew.