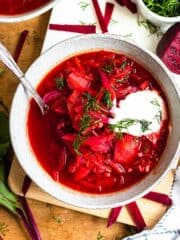 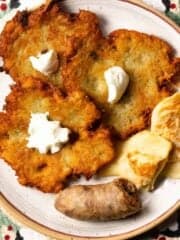 What To Serve with Potato Pancakes 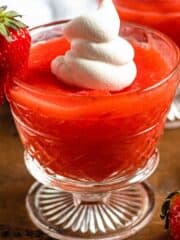 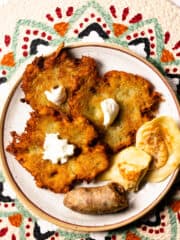 Okay, my friends. During Belarus week I decided to consistently bring back these personal anecdotes of country introductions just because I think they’re a fun way to get to know me better and to understand the process of cooking each country! I’m going to try to keep the actual blog posts about the food. There will be some personal anecdotes here and there (Lord knows I love to tell stories), but for the most part, I want the text of my recipes to feature useful information on how to prepare and enjoy the dish.

These country introductions will house a whole wealth of useful information about each country, but first I’ll want to tell you just a little bit about my experience cooking the country in general. Sound good? Cool!

So, without any further ado… Belarus.

Prior to Belarus week, the extent of my interaction with the country of Belarus was with Season 1, Episode 10 of Friends. Phoebe’s boyfriend David moves to Minsk! ACTUALLY, he tells her that Minsk is in Russia, but… its not! Three years before the filming on this episode, Minsk gained its independence from Russia. The episode is incorrect! I didn’t even realize that Belarus was the country that housed this infamous Minsk until I started researching from the blog. Ya learn something new every darn day.

So… it’s 1991 and Belarus gains its independence from Russia. Fast forward 28 years and you’ll find a struggling Alexandria in her kitchen trying to figure out what recipes to make from this fairly new country. Belarus hasn’t had much time to develop its own national dishes, so it borrows from its surrounding countries quite a bit.

Belarus is landlocked between Russia and Poland, so many of the country’s recipes are things I’m looking to make in the countries to come. Can’t make pierogies, those are from Poland! Can’t make Zefir, that will come from Russia. In the end, I decided on dishes that, really, I would tend to classify with the other aforementioned countries…. but you gotta do what you gotta do.

The Potato Pancakes (Draniki) and the Strawberry Sauce (Kissiel) were darn hits. The Borscht soup tasted unlike anything I have tried before, but I think I pulled it off well.

And so, overall, I would categorize Belarus as a success in the Foreign Fork home. I can’t wait for you all to try what I came up with!

For quite a while, Belarus was part of the USSR. The process of adopting Belarus into the USSR began in the late 1800s, with Russification. This means that the people of modern-day Belarus were forced to speak and act “Russian.” The country officially joined the USSR in 1922 and endured years of Russian rule through World War I and II.

Belarus gained its independence in 1991, when the USSR fell, though its main trading partner is still currently Russia. Trading with Russia has slowly decreased over the years, and Belarusians are starting to feel the effects of a failing economy. There are oftentimes food shortages in the country as well.

The president Alexander Lukashenko, who has been in power since 1994, is often called “Europe’s Last Dictator,” though he has been making public efforts to appear less-so. If these accusations accurately represent his ruling style, I do not know, though it is true that in 2015, President Lukashenko passed the “Social Parasite” tax. This imposed a tax on people who have been unemployed for six months or longer. Outrage at this law led to its halt in 2017.

At first, there was general outrage in much of the Belarusian population at the thought of leaving the USSR. Over time, however, the citizen of Belarus have grown accustomed to, and even fond of, the change. Still, though, about  70% of the population speaks Russian fluently. Only 23% of people speak Belarusian.

The Chernobyl Nuclear Meltdown of 1986, the worst nuclear meltdown in the history of the world, has caused quite a bit of strife in the country. To this day, human beings do not inhabit a large portion of Belarus because of the radiation risks that reside there. The wildlife, however, has flourished in this area, and many believe that Belarus is better off because of this radioactive wasteland. Przewalski’s horses, the only true wild species of horse left, flourishes in the Chernobyl exclusion zone.

Amber is traditional in jewelry. Married woman used to have their hair covered, and unmarried women would wear two long braids. Much of the clothing was embroidered with a lot of red and white.

Kupalle (summer solstice) and Kaliady (winter solstice) are popular festival times. During Kupalle, people dance in circles around bonfires. During Kaliady, Belarusians dress up as sheep and carry a board with a sun on it– to remind everyone that the worst of the long winter has passed.

One of the most important foods in Belarus is bread, particularly wholemeal rye bread. In Belarus’s past, if bread was dropped on the ground, it was customary to pick it up saying “Lord, forgive me!”

Many of the most famous Belarusian dishes are made with potatoes– pierogies, potato pancakes, etc.

Pork is the most famous form of meat, but game meat is sold in markets. This includes duck, pheasant, and goose as well as lake fish like perch and crayfish.