Everything you need to know about France including background, food culture, history of France, and popular recipes to make.

France is one of the most well-known countries in the world, with notable achievements in every category imaginable, including art, history, war, food, literature, science and so much more.

It is impossible to fit a complete picture of France into a short, online article, so I willingly admit from the start that I am missing important facts, historical events, and notable achievements from this description.

I have done my best to capture the essence of France and its most interesting stories, but if you have something else to share about France and its culture, please do so in the comments below! I would love to hear your additions. 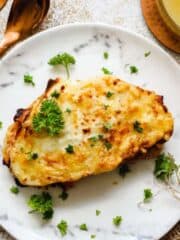 What To Serve with Croque Monsieur 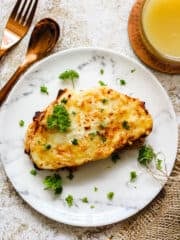 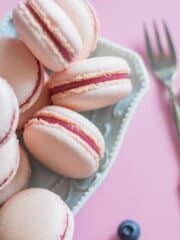 French Food: Everything You Need to Know 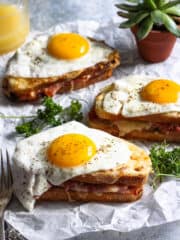 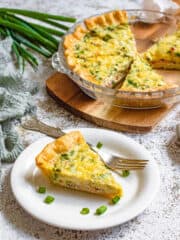 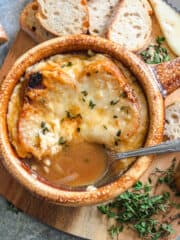 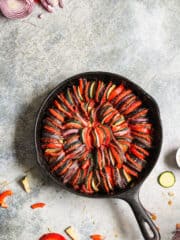 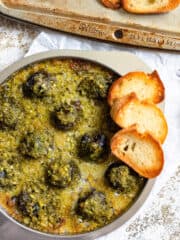 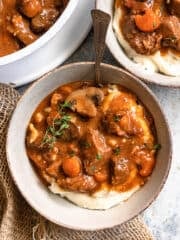 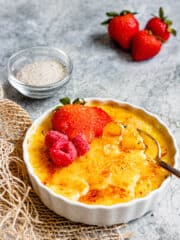 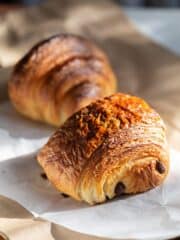 France is the 2nd biggest country in Europe (following only Russia).

It has what most people consider to be a hexagonal shape, and borders the English Channel, the Mediterranean Sea, Spain, Andorra, Italy, Switzerland, Germany, Luxembourg, Belgium, and Monaco.

Despite what we typically think, France is far more than just the mainland country in Europe. Mainland France is called France’s European Metropolitan Area, but, in fact, France spans over 12 time zones (more than any other country in the world).

The extra land is made up of overseas territories and departments. Some of its most notable territories include, French Polynesia, St Martin, Saint Pierre and Miquelon, and many more.

Because of its history with colonization and current day status with territories and regions, today about one quarter of France’s native population speaks a native dialect or language.

The capital of France is Paris. Not only is Paris the largest city in the country, it is also the cultural hub of France. Paris is known for its famous landmarks (Notre Dame, Eiffel Tower, Arc de Triomphe), beautiful architecture, delicious food, and being the fashion hub of the world.

France has the 2nd largest population in the EU (following Germany) with over 67 million people. 85% of the population is white, 10% is North African, 3% is Black and less than 2% is Asian.

French is the national language of the country, and is derived from Latin.

The French get an average of 8.83 hours of sleep per night, which is more than any country in the developed world. They also only work about 6-7 hours a day.

The first people to live in what is now France were hunters and gatherers.

In 600 BC, the Greeks founded a settlement on the sea. This settlement has since transformed into what we now call Marseille.

Celtics expanded into France in around 350 BC, and the land became known as Gaul (with the tribes living in it also called Gaul). Between 58 and 50 BC, Julius Caesar eventually captured Gaul and it became an Ancient Roman Province.

Eventually, Germanic tribes started invading Roman-owned Gaul and conquered it. One of these tribes was called Franks, which is where current day France got its name!

Charlemagne became the most famous monarch in European history in (about) 768 when he began ruling as king over the Franks (this included Belgium, France, Luxembourg, the Netherlands, and Western Germany).

In 1337, the Hundred Years’ War began between France and England and lasted all the way until 1453. One of the biggest turning points in the war was the presence of Joan of Arc!

Joan of Arc was born in 1412. In 1429, she visited at the court of Charles VII claiming she was visited by the Archangel Michael instructing her to kick the English out of France. The King gave her a suit of armor and some men to command and asked her to recapture Orléans, a besieged city. She did so in 8 days at the age of 17.

She led French troops with bravery, but was eventually captured. She was tortured, and though illiterate, forced to sign a fake confession to many crimes, one of which was “wearing mens’ garments”. This confession caused her to be sentenced to death in 1431, and burned at the stake. Joan of Arc was canonized a saint by the Catholic church in 1920.

France and the United States

In 1778, France, specifically Marshal Jean-Baptiste Donatien de Vimeur, comte de Rochambeau, helped the United States in the Revolutionary War. Their biggest victory came with Rochambeau assisting in helping the United States defeat the British army at the Battle of Yorktown in 1781.

In 1885, France gifted the United States with the infamous Statue of Liberty to celebrate and remember their alliance.

In 1789, after years of discontent with the French government (monarchy), economic policies, and more, the people of France revolted. The monarchy was eventually abolished and the people had victory!

This still was not enough for the people, though, and the Reign of Terror began on September 5, 1793 and lasted until July 27, 1794. During this time, over 17,000 people were beheaded by guillotine, including King Louis XIV and his wife, Marie Antoinette.

In 1804, Bonaparte was crowned emperor of France. During his time as emperor, he conquered much of Europe. In 1812, he invaded Russia with over 600,000 troops. Russia and France fought a lengthy war, with France ultimately coming out victorious.

However, at the time of their victory, a long, cold winter was beginning in Russia. By the time Napoleon returned to Poland, only about 40,000 of his troops remained. This great loss was the beginning of his downfall.

Napoleon fought one final battle, the Battle of Waterloo in 1815. In this battle, he was defeated for good and was banished to Saint Helena off the coast of the African Continent. He died May 5, 1821.

There were a few changes of government and a few wars fought following Napoleon’s banishment, but in 1871, La Belle Epoque began. This time was filled with impressionist painters, the birth of the Eiffel tower, movies, scientific advancements and more.

This time of peace ended around 1914, when World War I began. The French lost over 1 million men but were, eventually victorious. The demanded reparations from France in the Treaty of Versailles.

In 1940, Hitler invaded France again during World War II, and France quickly agreed to an armistice. France remained under German occupation until free by the allies after D Day.

In 1957, France was one of the 6 founding members of the European Union, joined also by Germany, Italy, Belgium, Luxembourg and The Netherlands.

Food is massively important to French culture, and we can see a lot of how this plays out in its geography. There are plenty of large rivers that reach most of the country, so farming along those rivers is common. France also has the highest quality of soil in the EU.

France is the largest consumer of cheese (they have 1200 different varieties)! They also love to eat unique types of meat, including frogs, snails, duck, and more.

The country is one of the largest snail-eating nations in the world. In fact, the population of France consumes about 700 million snails per year.

Towns/Cities/Regions in France and the Food They’re Known For: