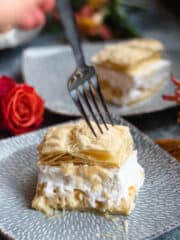 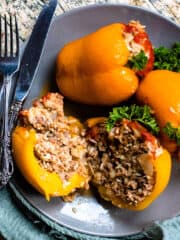 My first full day in Croatia was phenomenal. I signed up last minute to go on a tour to the Krka waterfalls today. I knew it was going to rain, but I figured it was better to be in the rain seeing something beautiful as opposed to stuck inside doing something… so I committed!

It was raining SO HARD. Like, down-pouring. I befriended some girls who were close to my age, so we walked around together. The waterfalls, even in the rain, were stunning. It was such a great choice for a last-minute trip.

After we were done, we were all drinking some coffee in front of the major waterfall talking about how we wished it wasn’t raining so that we could swim. No one had swam all day because of the weather, but somehow we talked each other into it.

We started sprinting toward the water in the downpour, pulling our shirts over our heads and jumping out of our shorts as we ran (we had swimsuits on underneath).

We were freezing and screaming and laughing and everyone was watching us from the fridge and waving. Soon, everyone joined us in the water. It was really fun to let loose and giggle with some new friends.

The next day I drove 1.5 hours and got into a tiny boat. The boat took us to the infamous Croatian blue cave. The cave is blue because of the way the light reflects off of the sea floor and into the cave. Once we got inside, it looked like we were in another world. Exactly how it looks in that photo!

All in all, Croatia flipping KILLED IT! Beautiful nature, a cute, safe town, sunshine and tans, great food, fun places, and even an experience with new friends. I am truly the luckiest person alive on all of planet freaking Earth.

About the Flag of Croatia

Over the stripes sits the coat of arms. It has the sahovnica (a checkerboard shield) with 5 shields on top. Each represents the historical regions of Croatia, including (left to right) Croatia proper, Dubrovnik, Dalmatia, Istria, and Slavonia.

Diocletian’s Palace and the City of Split

One of my very favorite parts of visiting Split, Croatia was seeing Diocletian’s palace. Croatia was once in the territory of the Roman Empire. One Roman emperor, Diocletian, had a “retirement home” built for him in what is now modern day Split.

The palace has since fallen into ruins, but the city of Split transformed it into something incredible. The skeleton of the palace still stands, but instead of being a museum, or a landmark, the people of Croatia made it into part of the city.

Restaurants, stores, walkways, and apartments now fill the many levels of the palace. The city continues to thrive, from INSIDE the historical skeleton of the Roman empire.

Diocletian also brought back a true, real Ancient Egyptian sphinx from a trip to Egypt. The sphinx still stands, open to the public, adorning the tomb of the dead emperor.

Croatia has a long history, which means that it has been influenced by many different cultures throughout its lifetime. This means that the food in the country has gathered influences from Italian, Middle Eastern, and Ottoman empire food.

Croatians eat a light breakfast in the morning. Normally it’s something simple such as a slice of bread with jam and some tea.

Lunch is the biggest meal of the day in the country, normally consisting of a bowl of soup, meat, vegetables, potatoes or noodles, and dessert. Dinner is, again, a light meal. Sometimes Croatians don’t even eat it!

Croatians love bread, and eat it across the country at all time. The older generation in the country will often eat bread with fruit!

Due to Italian influences, the people of Croatia also love pasta. The regions of the country closest to the (beautiful) coast, are partial to squid ink pasta and risotto! They also love gnocchi.

For meat, Croatians eat chicken and veal. One of the most popular Croatian dishes, Pašticada is made with top round. The Croatians also eat a lot of hearty meat and cheese platters similar to Mediterranean appetizers.