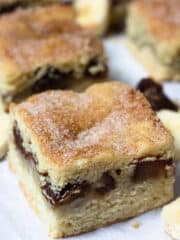 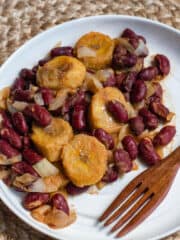 Red Beans and Plantains from Burundi

History and Current Status of Burundi

Burundi is made up of three main groups of people (described in further detail below), called the Twa, the Tutsi, and the Hutu. These groups had lived in Burundi for about 500 years, but were independent for quite some time. During the early 20th century, Burundi was colonized by Germany and then, later, France.

It gained its independence in 1962 and has had a hard time getting on its feet since. There have been many periods of war, violence, coups, genocide, etc. in Burundi’s recent history. According to the World Bank, it is one of the five poorest countries in the world.

However, according to Lonely Planet: East Africa, “Despite their troubles, Burundians have an irrepressible joie de vivre (joy of life), and their smiles are as infectious as a rhythm laid down by a drummer from Les Tambourinaires (a Burundian dance group).”

Geography and Population of Burundi

Burundi is roughly 27,000 square km (slightly larger than the state of Massachusetts), and is home to about 10 million people. This makes it the 2nd most densely-populated country, second only to Rwanda. Every area in the country is used for something. There are 600 square km of natural, untouched forest. The rest of the country is almost entirely used for farming.

The Hutu make up–roughly– about 83% of Burundi, the Tutsi make up 16%, and the Twa make up the final 1%. These three groups come from the same original body of people. They were eventually sorted into groups not based off of ethnicity, but instead, by class. Anyone with money became a Tutsi, and (almost) everyone else became a Hutu. A political system was put into place where the Tutsi would hold the government over the larger group of Hutu.

Over the years, these groups have clashed many times, leading to the Burundian genocide, resulting in 200,000 dead Hutu and another 100,000 that fled to neighboring countries.

There was a lull in violence for a while, but in 2015 anger consumed the country once more.  Domitien Ndayizeye, the president of Burundi, ran for a third term, which most thought to be an unconstitutional act. Anger and bloodshed began once more, leading more than 380,000 people to flee Burundi for nearby Rwanda and Tanzania. The country is now considered unsafe for outside visitors.

The cuisine of Burundi is similar to most of the cuisine in Eastern Africa. It includes plenty of plantains, maize, cassava, sweet potatoes, and cereals.

There is not much protein in the Burundian diet. The Hutu majority do not keep livestock often, so much of the food is made of plant-based sources. Actually, meat accounts for 2% or less of the average diet in Burundi, and there isn’t much fat in their diet either.

This lack of nutrients has led to a widespread disease in Burundi called kwashiorkor. This disease causes the limbs and belly to swell with fluid (edema). Many children in Burundi are underdeveloped because of this disease.