Everything you need to know about Iceland, including background, culture, history, and popular recipes to make. 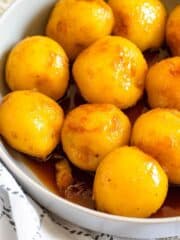 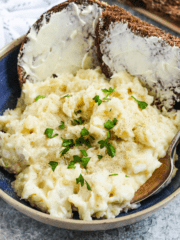 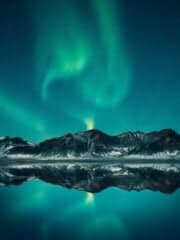 Iceland is the 18th largest island in the world. It is 39,769 square miles, or slightly smaller than the state of Kentucky, and is completely surrounded by the North Atlantic Ocean. It is located south of the Arctic Circle, east of Greenland, and west of Norway.

Most of the population lives in Southwest Iceland, which is also where the capital city, called Reykjavík, is located. Most people live around the edges of the country, with 78% of the people living in a small pocket in the southwest (this is where Reykjavík is located).

11% of Iceland is covered in glaciers, with the largest being Vatnajokull, which covers 3,050 square miles. Most of the country features geothermal activity as well, with geothermal energy providing ¼ of the country’s power.

There are also portions of the country that are uninhabitable due to lava fields. In Iceland’s history, the country typically experiences 1 volcanic eruption every 5 years.

In March of 2021, a volcanic eruption began in Iceland that marked the longest eruption in 50 years (with lava spewing for 6 months).

Rain is certainly common in the country, especially in Reykjavik, with some months only averaging one day without precipitation!

The sunlight in Iceland varies greatly depending on the time of year and your location in the country. There are parts of the country (Grímsey in the north) where the sun never sets in the summer.

In mid-winter, there are times in which daylight is limited to only a few hours or not at all. It is not surprising, then, that many Icelanders suffer from seasonal depression. In fact, in 2013, the Organization for Economic Cooperation and Development (OECD) ranked Iceland #1 for antidepressant use out of 25 countries (this is also surprising considering that sometimes Iceland is ranked in the top 3 happiest countries in the world).

There is not a large amount of ethnic diversity or economic class separation in Iceland. Economically, this is because Icelanders really value equality.

Icelandic is the national language, but most people also speak Dutch and English as well.

Because Icelanders work so much, there is not usually much time left over for leisure activities. However, there are a few activities widely enjoyed amongst the population.

Due to the dark winters and windy summers, many Icelanders prefer indoor activities. Reading is the largest pastime in the country, and chess is popular as well.

There have been a lot of indoor stadiums built recently for the country’s favorite sport, soccer! They also like horseback riding, swimming (especially in natural pools with geothermal heat), and hiking.

Though we cannot say for sure, we are able to guess (given the lack of archaeological evidence) that people did not inhabit Iceland until the 8th century! At this time, Irish monks arrived on the land hoping to summer in seclusion.

In the year 874, the first permanent resident of Iceland, named Ingólfr Arnarson, landed there.   Eventually, many fleeing or emigrating from Norway followed in Arnarson’s footsteps and ended up in Iceland. These individuals made pit stops along the way to raid other countries such as England, Scotland, Ireland, and France.

During these raids, the Norwegians took slaves and/or married the local women. This means that when they finally arrived in Iceland, there were many nationalities represented on the soil.

Until the year 1000, most Icelanders worshiped Norse gods, including Odin, Thor, Freyr, and Freya. At this point, Christian missionaries arrived on the land, initially causing much fighting and strife.

Olaf, the King of Norway (ps are we noticing a lot of pop culture parallels here?) eventually converted to Christianity and in the year 1000 the lawspeaker Thorgeir Ljosvetningagodi Thorkelsson, declared that all of Iceland will convert to Christianity, while still being tolerant of paganism.

Iceland is not often credited for “discovering” North America, but it is true! Erik the Red, a Norwegian Viking living in Iceland, discovered Greenland.

His son, Leif Erikson, sailed west to investigate rumors he heard about another land past Greenland. He eventually discovered the northeast shore of Canada and established a settlement in Newfoundland, Canada.

It wasn’t until almost 500 years (in 1477) that Christopher Columbus visited Iceland and (potentially) heard stories about discoverable land to the west, the New World. In 1492, he sailed to “discover” it himself.

Age of Sagas & the End of It

There are many “sagas” that tell stories of Iceland’s early days. Most of these are set between the years 870 and 1056, and preserve much of what we know about Iceland’s history today.

This Age of Sagas ended around the 12th or 13th centuries, when more power struggles began. In 1220, a 44 year civil war erupted. Then in 1241, a prominent figure in Iceland (Snorri Sturluson) was chased and assassinated under the order of the Norwegian King Håkon III.

Time as a Colony

After this, Iceland became a colony of Norway and eventually Denmark. The country fell into decline.

It tried to combat this by building up a large fishing industry but it was paid next to nothing by Denmark for these goods. Many of the birch forests were cut down, which is why we mostly see grassy landscapes in the country today. In the 1400s, Iceland experienced two plagues which killed almost half of the people living there.

During the 18th century, Jón Sigurdsson led a movement calling for the Independence of Iceland. In 1904, Iceland was granted “home rule” and in 1918, it became a sovereign state with its own flag. But, it was still under the rule of Denmark.

It wasn’t until World War II that Iceland finally received its independence. The presence of British and American troops on the island, which was in a strategic location for the war, hugely improved the economy of the country.

This fueled the push for independence and on June 17, 1944 Iceland became independent with Sveinn Bjornsson becoming the first president.

The climate and terrain in Iceland has made it difficult to farm almost anything. This means that there are not a lot of vegetables in the traditional Icelandic diet. However, greenhouses and farming advances make it possible to grow kale, cauliflower, and even bananas in Iceland now!

Additionally, because most of the country lives on the outskirts of the country, the main source of protein in their diet comes from fish!

A necessary treat on every Icelandic table is rye bread with good, high quality butter. Hot dogs are a newer addition to the Icelandic diet but are also very popular.

There are many Icelandic dishes that seem unusual to outsiders’ diets but were necessary to nourish the people that lived there centuries ago. These traditional dishes include things like:

Check out the articles linked above for some traditional Icelandic recipes.

This article was written with research from the following sources: