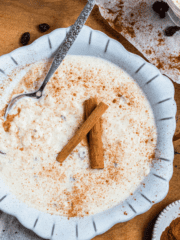 How to Make Arroz con Leche 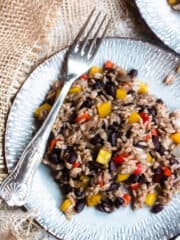 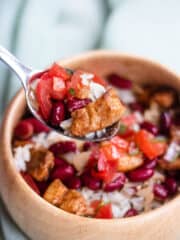 How to Make Chifrijo from Costa Rica 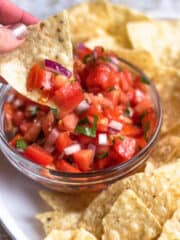 On the Menu: Costa Rican Food

Costa Rica actually has two versions of their flag. The first is the “simplified” flag. It features the blue, white, and red stripes on the flag, but it does not feature the coat of arms.

Lastly, the coat of arms features a few boats. These boats are displaying the Costa Rican flag, making Costa Rica one of the only countries in the world to feature its flag on its flag.

The name Costa Rica literally translates to “Rich Coast”. And Costa Rica certainly lives up to its name! Costa Rica is made up of a mainland and 30 main islands. Actually, though, the country owns even more water than it does land.

Costa Rica has officially brought deforestation down to 0. The country has also recently achieved their goal of running on 100% renewable energy (increasing from 96% in 2015). They also would like to be the first carbon-neutral country in the world by 2021.

Costa Ricans (or as they’re also called, “ticos” and “ticas”) are very proud of the country that they come from. The national anthem is played daily on most radio stations at 7:00 in the morning.

“Pura Vida” is a very common phrase in the country. It translates to “pure life”. The Costa Ricans use it as a greeting, kind of like “what’s up”. However, the phrase also represents the laid back, chill attitude of the country.

In 1948 the government disbanded the entire military in Costa Rica. The funds allocated to the military instead went towards education and health services. Because of this fund allocation, Costa Ricans boast the highest rates of literacy and life expectancy in Central America.

Costa Rican Food isn’t very spicy. Instead, it’s more based around comfort. Rice and beans are, surprise surprise, a staple in the country. For breakfast, ticos eat a rice and beans dish called Gallo Pinto. Normally, gallo pinto recipes use leftover rice from dinner the night before.

Ticos consume pork and chicken far more widely than beef. However, beef is eaten occasionally. Seafood, such as ceviche, is also one of the most popular dishes, and is eaten widely across the country.

Costa Ricans love their fruits and vegetables. They are the second largest exporter of bananas in the world, and also export watermelon, mangos, etc. They love tamarind and often make desserts with it. If you eat the fruit in Costa Rica, make sure to wash it thoroughly before consuming.