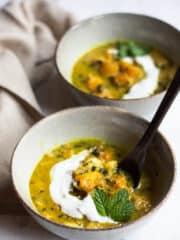 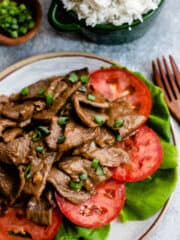 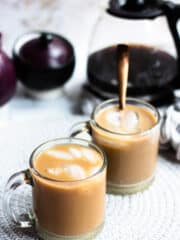 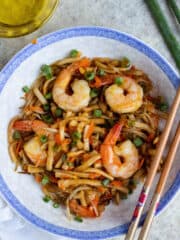 Hello my wonderful Foreign Forkers! For the next two weeks we are going to be focusing on the country and culture of Cambodia, a place so beautiful I am DYING to visit.

I’ve never been to Asia before but I’ve always said that backpacking Asia is going to be my next big feat. My most desired places I want to go in the WORLD are in Southeast Asia, including Vietnam, Thailand, Indonesia, and… Cambodia!

Of course, after eating the food of Cambodia, my Southeast Asian travel bug has bitten me hard. The two weeks of Cambodian food provided me with a lot of fun stories: My first time using a wok, an obnoxious hunt for Cambodian noodles, my first time cooking cod, and more.

I’m excited for you to try the food of Cambodia because I genuinely love everything that I posted. In fact, I did a lot of testing and re-testing to make sure that it all tasted exactly how I wanted it to… I have to make sure you all like the food, you know!

Cambodia is an entomophagous country, meaning that the Cambodians eat bugs. Unfortunately (lol I use that term “unfortunately” lightly because I actually think that this is actually VERY fortunate), we did not eat any bugs during the making of these Cambodian dishes.

I’m sure you all would have loved to see me do that, but I’m not that adventurous yet in my culinary journey. Maybe by the time we get to Thailand in 2025, I’ll be ready… You’re going to need to give me some time to get into a headspace where I can eat a cricket, people.

Cambodia is a very poor country, and most people live off of a salary of $2.60 per day or less. Its economy is built mostly off of textiles and footwear, but a large part of the GDP comes from tourism as well. Many tourists come to see the Angkor Wat.

However, be careful as a tourist or a local, because Cambodia currently hosts one of the world’s highest human trafficking rates, particularly with children.

Phnom Penh is the capital of Cambodia and is a bustling city filled with tuk tuks, mopeds, pedestrians, cars, and… no stoplights. Look before you cross the street!

As you continue reading this article, you will start to see the world Khmer. The people of Cambodia are called Cambodians, but anything that relates to the food, culture, or offerings of Cambodia is referred to as “Khmer” (pronounced Ku-mai).

This led to one of the largest genocides of the 20th century, killing ⅕ of the country’s population. Most of the casualties were well-educated people that were considered a threat to the new form of government.

Because of this mass genocide that happened so recently, about 50% of Cambodia’s population is under the age of 20.

Cambodia is now the 3rd most land-mined country in the world, which has become a massive problem for the country. It actually has the highest per capita percentage of amputees in the world because of the landmines that go off unexpectedly around the country.

Read this article by the Cambodia Tribunal for more information on the Khmer Rouge.

Rice is such a big deal in Cambodia that I am going to give it its own section! It is eaten at almost every meal in the country, including breakfast.

In fact, the World Rice Conference voted Cambodia as having the best rice in the world three years in a row. A typical Khmer rice breakfast dish is called bobor, or rice porridge.

Most of the food in Cambodia is known for its freshness and deliciousness. But there is more included in the Khmer diet than just meat and vegetables. In fact, Cambodians are entomophagous, which means that they eat bugs. Many insects such as crickets, ants, and tarantulas are enjoyed in this country.

A staple of Khmer cuisine is Pra hok, a fermented raw fish paste. This is delicious to Cambodians but is often inedible to foreign visitors due to its strong taste.

Cambodians love to share food with friends and family, but they also love to share with strangers! Many Cambodians will share snacks on the bus or the street as a gesture of friendship.

Street food is a large part of the food culture in Cambodia, including iced coffee with sweetened condensed milk, chive cakes, and paté sandwiches. Keep an eye out for some of these recipes featured in the recipes section of the blog!

Also, if you are visiting Cambodia, keep in mind that it is bad manners to leave your chopsticks sticking up out of your bowl.