Everything you need to know about Guatemala including background, food culture, the history of Guatemala, and popular recipes to make. 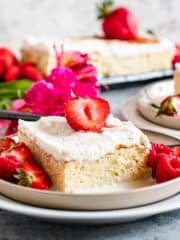 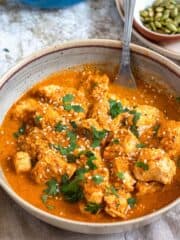 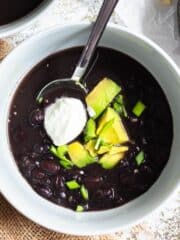 Black Bean Soup in the Instant Pot from Guatemala 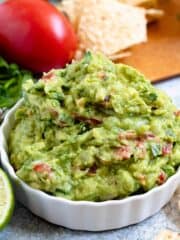 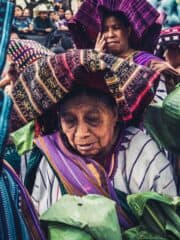 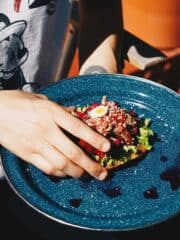 Guatemalan Food: Everything You Need to Know

Guatemala is the 3rd largest country in Central America. It is bordered by 4 other countries (Belize, Mexico, Honduras, and El Salvador) as well as the Pacific Ocean and the Caribbean Sea.

It is about 41,000 square miles, similar in size to Pennsylvania. The country has over 20 volcanoes, with at least 3 active ones. The capital is Guatemala City.

The flag of Guatemala is made of three vertical sections. The two outer stripes are the same color of blue, representing Guatemala’s location between two oceans (the Caribbean Sea and Pacific Ocean). The center section is white, representing peace and purity. The flag looks similar to the flag of the United Provinces of Central America (more on that below, in the History section).

There is a symbol in the middle of the flag that is actually Guatemala’s coat of arms. It features a wreath of laurel branches, which symbolize victory. The scroll in the center of the wreath reads “Libertad 15 de Septiembre de 1821” which is when the country declared independence from Spain.

Guatemalan history features the famous Mayans, a civilization so advanced for its time that it continues to baffle and impress the world even today.

The first human evidence we can find in Guatemala dates to 9,000 BC. Over thousands and thousands of years, these humans grew and changed, learned and developed until about 1500 BC. At this point, the beginnings of the Mayan civilization were forming.

By 250 CE, the Mayan civilization was flourishing. The people of the community were making advancements in astronomy, mathematics, art, military, and social interaction.

The most advanced city of them all was Tikal, a city of 6 square miles and 100,000 people.

When Spanish soldiers arrived in the 1500s looking for gold, they brought with them quite a bit of death and destruction.

Not only did they turn the land into coffee, banana, and sugar plantations, but they also delivered diseases into Guatemala that killed (in some areas) half of the native population.

However, the Mayan descendents are resilient and were able to maintain their culture and identity while enduring occupation from Spain.

In 1821, Guatemala declared independence from Spain.  For a short period of time, all of Central America was united as one nation called the United Provinces of Central America. It didn’t take long for this new nation to dissolve, however, and by 1840, the federation was gone. In 1844, Rafael Carrera was the first president. He ruled in 1865.

The next 100 years or so were difficult for the country, with dictators, disagreements, and multiple overthrows of government.

In 1944, the “1944 Revolution” began, in which the first democratic elections chose Juan José Arévalo as president. But tensions continued to grow, and by 1960 a civil war began (1960-1996). Thousands and thousands of Guatamalans were killed over the years, despite many different people taking over power from one another.

In 1982 General José Efraín Ríos Montt took over the country. Though he was only in charge for 16 months, he oversaw a genocide of the native villages, killing upwards of 150,000 people (source).

Finally, in 1985 a new constitution was drafted. In 1996, following much help from Norwegian mediators, new elections were held. The new president, Alvaro Arzú Irogoyen was elected and the Civil War was finally over. Today, Guatemala has Central America’s largest economy!

The Ladino people (those that have both Spanish and native heritage) make up 60% of the population in Guatemala. 40% of Guatemala is Maya! The Mayans share a similar look, including dark eyes, black hair, high cheekbones, and a low forehead.

Over half of the Guatemalan population lives in rural areas. Some of these areas are so remote that roads are still being built to connect communities, and electricity is still being widely adopted. Most families are subsistence farmers, meaning that they live off of what they can farm for their home.

Corn is very popular in the country, as well as beans and squash. Beans especially provide a great source of protein if meat is too expensive to procure.

Urban areas have a greater variety in their food, including guacamole, hamburgers, chicken, etc. Comedors are popular places to eat, which typically don’t have a menu and serve local food.

A breakfast in Guatemala would consist of eggs, beans, and tortillas. The main meal of the day is lunch, with tortillas normally being the base of the meal. Tamales are also very popular in Guatemala, and the country features many different kinds of fillings.

To learn more about Guatemalan food, read this interview I did with a Guatemalan (by marriage) food blogger.