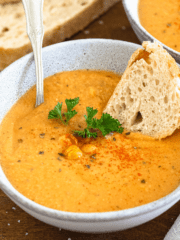 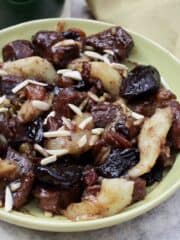 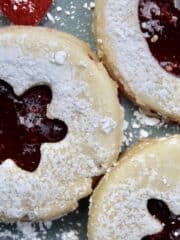 First of all, WOW! My blog went live this week (by the time you read this, it will have gone live a couple of weeks ago, but I like to write my content ahead of time) and I am so blown away by the amount of love and support I have received from people regarding my project!

This blog was an adventure that I wanted to embark on as a way to learn and keep my curiosity alive. Honestly, I would still probably do this even if not a single person followed me on instagram or read my posts.

But once I shared my instagram and my website, all of this work was so worth it. It was amazing to engage with your fun comments and to read all of the incredibly kind things that friends/family/acquaintances wrote as they shared my project with THEIR friends/family/acquaintances. I can’t say thank you enough to everyone that followed me or shared my content or commented something kind. I’m so beyond excited that YOU are excited <3

Okay, moving on to Algeria. I’m not gonna lie to you people… I know essentially NOTHING about the entire continent of Africa. I definitely want to learn about it, and I’ve already begun to! But I’m starting off with pretty much a blank slate here, my friends. I had no idea what to expect from Algeria.

Cooking the country went pretty well, and I absolutely loved how healthy some of the dishes were! The chickpea soup and the cucumber salad were deliciously refreshing, and the lamb with dried fruits was very indulgent and such a treat.

For those of you that know as much about Algeria as I do (AKA nothing, until now), I did some research for us! Here’s what I found:

The food in Algeria has been influenced by many different countries, but France is a particularly large contributor. Algeria may be the 2nd largest country in Africa, but it was a French colony until 1962. Prior to this, Algeria was also inhabited by the Berbers, the Romans, and the Arabs. The majority of the population practices Islam, meaning that many Islamic customs and traditions are following in Algerian households.

Couscous is the most common food in Algeria. In fact, it’s so popular that the Algerian word for it (ta’am) translates to mean simply food in English. Couscous is a semolina based pasta that appears to look like little balls of sand. It can be served in savory ways with meat and vegetables, but it can also be served with cinnamon and fruit to create a sweeter variety.

Popular meats include mutton (sheep), camel, and goat. Mutton is difficult to find in America, though, so lamb was used in the recipes that called for mutton. Salads with oil and lemon are common to serve as a side dish, and soft cheese are considered a delicious delicacy. Fruits, such as plums and dates, are served at almost every dinner, especially in the case of important occasions. They are served with cinnamon to celebrate a particularly special event.

Given that many Algerians follow Islamic customs, alcohol is not common in the country. Instead, Algerians choose to drink mint tea or coffee. Drinking these beverages is a very important social passtime in the country.

Hospitality is very important to Algerians, so being asked as a guest in someone’s home suggests that you are held in a very high regard. When eating in the home, men and women always sit separately. Modest dress is required of both parties, but particularly the women, and shoes must be removed before entering the home

Similar to Afghanistan , meals in Algeria are eaten on mats on the ground without silverware. In Algeria, guests must use their hands or bread to scoop food, and they must use only their right hand for serving and passing dishes. Diners may use a tablespoon when eating couscous.

Because of French influence on Algeria, in the cities, the dining style follows a more European tradition, and guests sit around a table and use silverware.