Everything you need to know about East Timor including background, food culture, history of East Timor, and popular recipes to make. 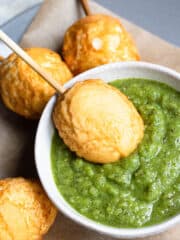 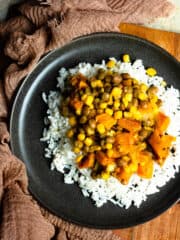 The flag of East Timor features a red field with two triangles. A larger, yellow triangle extends from the side and represents colonialism.

On top of the yellow triangle, there is a black triangle that represents the “obscurities” of the country. In other words, it represents the tragic incidents in East Timor’s history that have yet to be recognized.

On top of the black triangle sits a white star, which stands for the light of the country and peace. The red of the flag represents the country’s struggle for national liberation.

The Coat of Arms

The Coat of Arms of East Timor was adopted in 2007. The shape of the coat of arms symbolizes the highest peak of the country’s mountain range. Inside, the coat of arms  features an open book, an AK47 assault rifle, and a bow and arrow.

The banner at the bottom of the coat of arms translates directly to “Unity, Action, and Progress.”

East Timor (also called Timor-Leste in Portuguese) is located in Southeast Asia. It sits just above the Timor Sea on Timor Island.

This island is separated into two parts. One part features East-Timor, it’s own sovereign country. The other features West Timor, which belongs to Indonesia.

East Timor is very mountainous, with its highest peak being Mt Tatamailau.

For a very long time, the country now known as East Timor thrived on its own, made up of 60 kingdoms within the country, and basing its economy mostly on the trade of sandalwood.

Due to the extensive amount of trade with Europe that came with its sandalwood economy, East Timor became very intertwined with Portugal, leading the country to colonize it.

In 1975, East Timor led a military coup and Portugal abandoned the colony.

Nine days later, on December 7, 1975, Indonesia invaded East Timor and ruled it violently for the next 30 years or so.

It is estimated that more than 200,000 (⅓ of the population) lost their lives during Indonesia’s rule, due to starvation, massacres, and more.

The East Timorese people began fighting in resistance to Indonesia. Nobody else in the world truly saw what was happening in the country until a UN visit in 1991. A protest-turned-massacre that killed 250 people was caught on camera.

The world began to recognize the struggle of the East Timorese people and called for change. East Timor gained independence from Indonesia in 2002 and is therefore one of the newest countries in the world.

In 2002, Xanana Gusmao became the first president of the Democratic Republic of East Timor.

To this day, East Timor struggles economically. Much of the exports from the country fall into three categories: sandalwood, oil, and coffee.

Most of the people in the country live on subsistence farming, which occasionally leads to periods of food shortages.

1.3 million people live in East Timor, and it is the only Portuguese-speaking country in Asia. The other national language of East Timor is Tetun.

The population (and the groups it is made of) isn’t tracked very heavily, though it is clear that many, many tribes exist in the country. Some of the larger tribes that make up the population include Tetum, Mambai, Galoli, Kema, and many more.

Surprisingly, East Timor uses the US dollar as their currency

Due to its relationship with Portugal, East Timor features a lot of Portuguese influences in its food, including, especially, corn and pork. East Timor is surrounded by predominantly Muslim countries, so it is one of the only countries in it’s region that cooks with pork.

It also adds a bit of Asian flare to the cuisine, including tamarind, coconut, and capsicum.

The national dish of the country is Ikan Pepes, which is fish, steamed in chili sauce and wrapped in banana leaves. 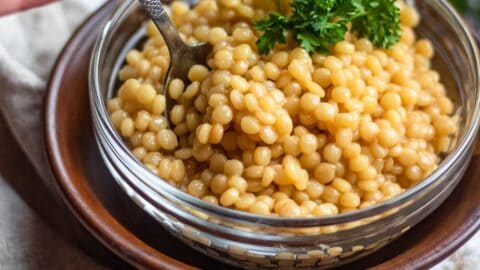