Everything you need to know about Finland including background, food culture, history of Finland, and popular recipes to make. 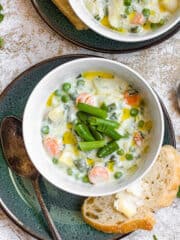 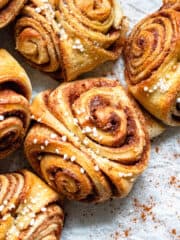 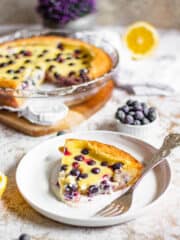 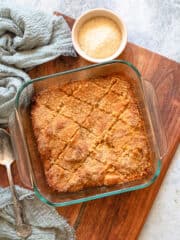 Finland is a Nordic country located east of Scandinavia. It borders the Gulf of Bothnia (not to be confused with Bosnia) and the Gulf of Finland. In borders Sweden and Norway to the North/West and Russia to the East.

The capital of Finland is Helsinki, which is the 2nd most northern capital in the world (falling just behind Reykjavík, Iceland). Finland is so far north that some of the country is even located inside the Arctic Circle.

Because of their geographical location, some northern parts of Finland see the sun for 24 hours a day in the summer, and, conversely, have 24 hours of darkness in the winter. The geography does, however, provide a great location for seeing the Northern Lights, also known as Aurora Borealis.

Every year, Finland gains about 7 square kilometers of land, because the land is starting to bounce back after having been pressed down by glaciers for so long. It is rising out of the sea!

The country has over 100,000 lakes and is the most forested nation in Europe.

Some landmarks to check out are the beautiful castles around the country as well as Rovaniemi, which is the “home” of Santa Claus.

There are about 5.5 million people in the country, about 90% being Finnish and 6% being Swedish.

Finnish and Swedish are the national languages of the country, though English is also widely spoken.

Finnish people tend to be pretty reserved and love quiet. You will find that many public areas in Finland are incredibly quiet, so try to keep the quiet when you visit as well.

Kids attend school for only about 5 hours per day, and the country has a national mandated vacation time of 5 weeks plus an additional 11-18 holidays.

If you’ve read my article on Estonia, you’ll know that the sauna experience is a popular part of Estonian culture. The same is true in Finland! Finnish people love their time in the sauna, and traditionally visit the sauna naked.

Similar to the Czech Republic, mushroom hunting is another popular pastime. Finnish people love the outdoors and fresh air, so mushroom hunting provides a great way to get outside and explore the land around them.

Finland has many, many swamps. So much so, that the Finnish have made games out of playing in them! Another popular pastime is jumping in mud (sometimes naked!) and playing sports like wresting or soccer.

Finnish people love cleanliness and their air quality rates in the top 3 in the world. The streets of cities will always be very clean, and people clean up after themselves easily. Take care to remove your shoes when visiting someone’s home as it is proper etiquette to do so.

Finland has been home to humans for thousands of years, starting during the Ice Age.

The Roman Historian Cornelius Tacitus described the people of Finland, then called Fenni, in 98 AD. Finland was made of many tribes, including the Karelians, the Finns, and the Tavastians. These tribes did not get along and often fought one another.

The location of Finland helped to link fur trade between Sweden and Russia, and soon enough, both of the countries began fighting over the land. Eventually, Swedish nobles and the Swedish Empire began ruling the country, but some parts of the land, including the churches, remained Finnish.

In between 1695 and 1697, the Finnish people experienced harsh weather that led to ⅓ of the population starving to death.

Around 1835, The Kalevala, an epic poem by Elias Lonnrot, was published. This book details Finnish folklore, including stories of creation, history, and how the country came to be. To this day, Kalevala Day is celebrated on the 28th of February every year.

The Kalevala ignited a spark in the Finnish and their pride in their country, and on December 6, 1917, Finland declared independence from Sweden. It didn’t take long for the country to engage in another war, though. Almost directly after freedom was granted, Finland could not decide how to run their country, and, in 1918, a civil war broke out.

The 20th century was filled with wars for Finland (and, admittedly, most of the world). Amid World War II, Finland also entered the Winter War with Russia from 1939-1940. They held their own quite well against Russia! Finally in 1940, the Moscow Peace Treaty was signed which gave up some Finnish land to Russia.

In more recent history, Finland joined the EU in 1995. It now consistently ranks as the #1 happiest country in the world by the UN (also rivaled by Denmark).

Finnish food includes a lot of ingredients popular in cold-climated countries. Reindeer is a popular type of meat, and fish is eaten a lot, especially from the freshwater lakes!

Similar to most Nordic countries, like Denmark and Estonia, rye, especially rye bread, is popular.

As for produce, potatoes, rutabagas, and turnips are popular.

While you’re in Finland, don’t forget to check out Salmiakki, a popular candy that tastes strongly of salted black licorice. Some love it and some hate it, but it is a very memorable Finnish treat!

« How to Make Flour Tortillas at Home
Baked Rutabaga Casserole »