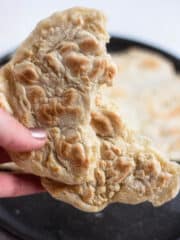 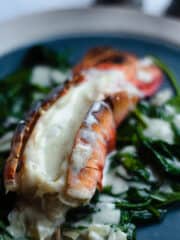 I had never heard of the Comoros islands before it was time to start cooking from the country. But knowing that the country was a series of small islands, I immediately knew that delicious seafood and coconut would be involved!

The dishes from the Comoros Islands were delicious, and it was fun to learn about the country. If you have details you think are important to add to this write up of Comoros, please leave a comment on any of the recipes and let me know!

Fun Facts about the Comoros Islands

History of the Comoros Islands

Comoros is made up of three islands named Grand Comore, Mohéli, and Anjouan. A fourth island, Mayott, is often thrown into the mix though some consider this to be a part of France insead (explained below).

The first settlers of the Comoros islands were most likely Bantu-speakers from the eastern coast of Africa. It took until 1505 for Comoros to get “discovered” by the Portuguese. In 1841, the French began colonizing the islands, but in 1975, Grand Comore, Mohéli, and Anjoua decided to sever ties with France.

Instead of leaving alongside their sister country, Mayotte decided to continue their relationship with France. Comoros refuses to accept this decision, and still considers Mayotte part of their country. But if you ask most inhabitants of Mayotte or France, they will consider the small island part of France.

The country has experienced more than 20 coups since declaring their independence in 1975. This makes it one of the most coup-heavy countries in recent history.

People of the Comoros Islands

Because of their interesting history, almost all Comorans are of mixed race. The ethnicities of the people include French, African, Arabic, and Malay.

Though Comoros is the 2nd smallest country in Africa by land area, it is the 4th most densely populated. The country has three official languages: Comoros, French, and Arabic.

Given its location, most people in Comoros eat seafood very frequently, including many shellfish like lobster, shrimp, and crab.

Due to its time as a French colony, the food in the country also boasts a lot of French influences, for example, the vanilla sauce on lobster tails. Fresh produce and tropical produce are common in Comoran’s diets. And Arabic flavors also shine through quite frequently, in the form of spicy foods.