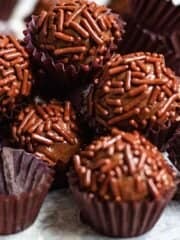 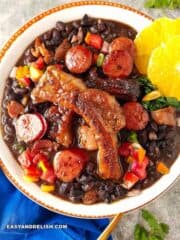 Brazilian Food: Everything You Need to Know 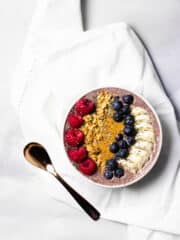 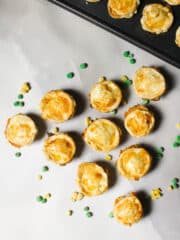 A few months ago, I hopped on a plane and headed to San Francisco to see my best friend over a long weekend. It was Memorial Day in America, and I had a few days off of work, so I used it to see Muir Woods, Sausalito, and Napa Valley with her in California.

My plane landed pretty late on Thursday night, so I took an uber to my friend’s house in the Mission District. I don’t know how you guys feel about uber, but I LOVE it. I’m one of those chatty kathy uber riders, which means that I always get the chance to meet some really cool people!

Hélio was my uber driver on that day, so we had a nice 30 minutes to get to know each other. I asked him where he was from, and when he mentioned Brazil, I’ll admit, I geeked out a little.

I had just spent the previous day picking out all of the recipes I wanted to make from Brazil, so, of course, I took the opportunity to run each recipe by him. Hélio was very patient answering my questions about the authenticity of each dish and letting me know which ones were the really delicious ones. He answered questions about Brazilian people, Brazilian traditions, Brazilian cities, and Brazilian customs. He helped me to understand the country I would be exploring.

Hélio followed my blog and has been engaged with it ever since! So naturally, when it came time to post Brazil, I let him know that his home country was coming up. I asked Hélio if he would be interested in doing a short question and answer about his home, so that we could better understand it. He said of course!

Here’s what we talked about:

Q: What is your favorite traditional recipe from Brazil and why?
A: My favorite one is Coxinha. I like it because it’s made with chicken and potatoes, so it tastes very good. It’s like a “Brazilian fast food”… you can stop by, buy it and get it because usually it’s pre-cooked already. In Brazil, we rely a lot on public transportation instead of cars, especially in big cities. You can find coxinha near bus terminals, subway stations, and other places where you have large crowds of people going back and forth.

Q: What food in Brazil do you associate with a special tradition or holiday?
A: I associate rice and raisins with Christmas. Here’s a fun fact about that: Everyone hates it, but every year, everyone still makes it. Coca Cola has even done an ad that says “Thank you for not introducing raisins to the rice.”

Q: What is the best part about being from Brazil?
A: As far as I’ve seen, people from all around the world have a nice stereotype of Brazilians being really friendly. Usually when I tell people I’m from Brazil, they get a nice smile and become more communicative, which helps a lot creating bonds!

Q: Do you see any negatives to living in Brazil?
A: The politicians there are corrupt AF (sorry, there is no word to mean how corrupt they are except for the F-word). That makes living there really hard, as we lack quality public services.

History and Diversity of Brazil

Brazil is the only South American country to be settled by the Portuguese. The Portuguese arrived in 1500 and the people of Brazil broke away from them in 1822.

When the Portuguese arrived, there were tribes of Amerindians populating the country. The Portuguese also brought with them African slaves. These three groups mixed together to create a very diverse population that is still diverse today.

Still there are over 240 tribal groups that 900,000 people claim to be a part of in Brazil. The Brazilian government predicts that there are still many undiscovered tribes that live deep in the depths of the Amazon rainforest.

The Amazon Rainforest and Brazilian Wildlife

60% of the Amazon rainforest is in Brazil, and it is often referred to as “the earth’s lungs.” It is home to many species of wildlife. In fact, the country ranks first in the world for numbers of species of mammals, freshwater fish, and plants. Of the 750 mammal species in South America, 394 of them live in Brazil. In the 9 years between 1990 and 1999, 63,000 square miles of the Amazon rainforest were destroyed. Between 2000 and 2010, the Amazon lost another 71,000 square miles. For some actionable tips on how to help save the Amazon Rainforest, click here.

Families stay very close in Brazil. Children live with their parents before they are married… and sometimes after, too! They move close to home and visit often. Having friends in Brazil normally means that Brazilians will meet other people outside of the home for coffee or a meal. It is uncommon for social friendships to develop into a place where Brazilians feel comfortable bringing their friend to their house. Once they cross this barrier, the friend becomes family. Most Brazilians only develop a few of these relationships in a lifetime.

Meals with guests normally begin very late, sometimes starting as late as 11:00. Guests should never take the time on a party invitation seriously; most hosts expect that their guests will show up late. If guests should promptly follow the time on an invitation, the invitations come as labeled with the title “Swiss Time” “British Time” or “American Time.”

The cuisine in Brazil combines locally grown products with products that the Portuguese brought when they settled there. African slaves also brought influences from their homes like coconuts and dried shrimp.

The country is also famous for its Bahian food, which is a combination of Portuguese and African influences. In this style of cooking, Brazilians mix together the ingredients in one pot and then served them over a bed of rice or cornmeal.

Brazil has a huge selection of exciting tropical fruits including things like acai, jaboticaba, jenipapo, and graviola.

Brazilian slaves invented the first feijoada when the slave masters would only provide them with the leftover cuts of meat from the house like eyeballs, feet, or tongues. Two types of feijoada exist in Brazil now: Feijoada tipica which contains this old influence of leftover cuts of meat, and feijoada moderna, which only contains more modern cuts of meat like beef brisket. Many homes and restaurants even serve feijoada on a weekly basis.

Brazil maintains the typical South American culture of eating dinner late, usually around 8:30. Breakfast is a simple, light meal. Lunch is up for interpretation, sometimes being eaten at home or sometimes being eaten at work. Brazilians should always eat when friends or hosts offer them food. Unless they have a stated and good reason, it’s considered rude to say no. They also eat EVERYTHING with a fork and a knife. It is considered extremely rude to eat with your hands in Brazil, though the presence of fast food chains is starting to change this custom slightly.