Everything you need to know about Ghana including background, food culture, history of Ghana, and popular recipes to make. 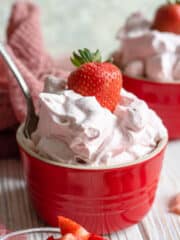 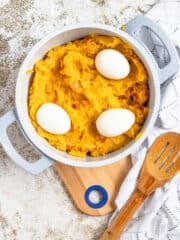 Ghana is a force of nature, and such a fun country to learn about! It was the first Sub-Saharan African nation to regain independence after European colonization.

To this day, Ghana is considered one of the most stable African countries. It has successfully transferred power between parties and avoided civil unrest for over 2 decades.

Learn more about its geography, traditions, history and more below.

Ghana rests on the Southwest shore of northern Africa, with the south coast bordering the Atlantic. It’s also bordered by Burkina Faso and Cote d’Ivoire.

The capital city is Accra and the river running through the center of the country is called the Volta.

Ghana is made up of a few different types of land, including coastal plains, a plateau, the Savannah high plains, and the Voltaian Sandstone Basin.

The climate is predominately moderate with the weather changing based on where you are in the country. It typically stays above 77 degrees Fahrenheit all year round.

Some of the most popular cities in Ghana include Accra (the capital), Kumasi (the largest city), and the town Tamale.

Far back in history, there was a supercontinent called Gondwanaland, which existed near South America. Eventually, during the Mesozoic period, some of the land from that continent moved north and is now Ghana.

Human occupation in Ghana dates as far back as 5500 BC, from which a few stone tools have been found, suggesting a hunter gatherer community’s presence.

Centuries later, a few kingdoms came into existence in the area, including Akan Kingdom, the Kingdom of Accra, and more. In between 400-1240 AD, the Ghana Empire ruled. Eventually the Empire of Benin came into power from the 1200s to the 1800s AD.

Before European intervention, Ghana was already a thriving community with established trade routes, beautiful gold, and its own slave trade.

The Arrival of Europeans

As the decades went on, the Dutch, English, Germans, and Danes all became desperate to trade gold with Ghana as well.

Centuries before the gold trade began, The Ashanti Empire had formed in Ghana around 1670. It created what we now call the Ashanti people. The Ashanti Empire was a thriving empire by 1807, one of the most powerful in West Africa, and controlled most of Modern Ghana.

By 1826, though, the British had seen the Ashanti empire as a threat to their trade deals and set out to destroy the it. Eventually, the British defeated the Ashanti and requested that they sign a peace treaty. After this treaty was signed, successful trade began in Ghana again.

By the 1840s, the British decided to start taxing the Ghanaians in order to build roads. This made Ghana angry, and they attempted to fight the British. This did not change anything and by 1867, the British and the Dutch split Ghanaian land.

In 1874, Britain became the sole European country with power over Ghana, and in 1902 they renamed it the Gold Coast.

In 1957, Great Britain granted Ghana its independence after working with Kwame Nkrumah, the representative of the Convention People’s Party (CPP) and eventual Prime Minister and President of independent Ghana.

This made Ghana the first African colony south of the Sahara to gain independence, but unfortunately the good times didn’t last long. Ghana found itself deep in debt, and Nkrumah was overthrown in a coup in 1966.

The people of Ghana celebrate many religions, including but not limited to Christianity, Islam, and smaller tribal religions. About 71% of Ghanaians identify as Christians and 18% are Muslims.

Oftentimes, the most common religious affiliations are those that overlap many religions into one practice. Many Ghanaians pick and choose different pieces of different religions to celebrate in their lives.

Another popular concept in Ghana religious traditions is animism, which is the belief that inanimate objects have spirits and power in our everyday lives. This, paired with the power of ancestors and the single god Nyame, is the trinity of powers that many ethnic groups in Ghana worship.

Though life has evolved away from it in urban areas, rural areas still follow traditional tribal structures. Chiefs of tribes inherit their power through birthright, though a relative of the chief can take over if the ruling chief is deemed insufficient.

In the north, chiefs receive animal skin as a symbol of their power. In the South, they receive a stool.

Immediate and extended families often live together in a clan, or an abusa, following the mother’s lineage. It is more common to live in nuclear families in urban societies in Ghana.

In Southern Ghana, children are named after the day of the week that they were born. That means that there are seven boys names and seven girls names, and these names are shared amongst almost everyone in the community!

For fun in Urban areas, it’s common to go out and enjoy the nightlife. One common pastime is concert parties, which consist of a play, a stand up comedy show, and music all in one evening. Urban Ghanaians also enjoy going out to eat, seeing movies, and more.

In rural Ghana, hunting is popular as well as social visits, soccer, and traveling movie theatres.

The people of Ghana speak English, but it is common to speak another language amongst tribes.

For boys, coming of age rituals are an introduction to the militia of their community, a group of men that keep the community safe as well as organize community events.

The night before the rituals, the boys gather with their fathers and learn the secret stories of their militia. They then go through purification rituals.

Girls experience their coming of age ritual whenever they hit puberty. Each clan celebrates this ritual a bit differently, but the concepts of each are the same.

The girls first sit in their homes on display for everyone to see. Sometimes, instead of sitting, they walk through the streets of their community, in ornamented dress.

After their display, the girls are made to sit for 8 days without touching anything that has to do with adult life (cooking, cleaning, etc). During this time her clan and community will bring her gifts, but she must not handle them until after the 8 day period.

When the waiting period is finally over, she is presented the gifts. These gifts remain hers into adulthood, and are her sole property even in the case of marriage.

Some of the most common foods in Ghana include corn, yams, millett, plantains, and cassava.

It’s not very common to eat meat, but when it is eaten, it’s normally enjoyed in the form of a stew. Peanuts (groundnuts) are a popular ingredient as well as okra, eggplant, onions, sweet potatoes, chilies, and more.