Everything you need to know about Fiji including background, food culture, history of Fiji, and popular recipes to make. 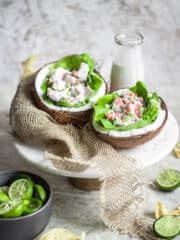 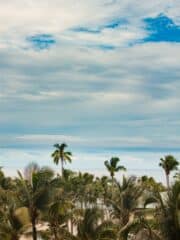 The two largest islands are Viti Levu and Vanua Levu. The capital is on Viti Levu and is called Suva. They’re in the UTC + 12 time zone.

Fiji is located right on the New Hebrides Trench, which makes the islands form a spiral pattern, following the Fibonacci Sequence.

Here is what some of the most popular islands are known for:

Wildlife is abundant across Fiji with many types of fish, iguanas, and birds.

Currently, Fiji is home to 900,000 people, and is actually the most racially diverse country in all of Melanesia.

57% of people are Fijian, 33% are Indian, 2% are Rotuman, and the rest are a mix of other nationalities.

The large Indian population is due to the arrival of Indian People to Fiji in the 19th century as Indentured Servants. Between 1879 and 1916, over 60,000 Indians came to Fiji to work. At one point, Indians outnumbered Fijians on the islands, but many have since emigrated from the islands. Indians in Fiji are affectionately called “Findians”.

English, Fijian, and Hindi are the official languages of the country.

Much of rural life is still led by tribes in Fiji. Proper etiquette dictates that you should not touch people on the head.

Traditionally, Fijians live communally. Those in more rural areas live in bure, huts made of bamboo walls and coconut leaf roofs. Extended families live with or among each other and they share crops and money with one another.

84% of the land in Fiji is communal land, which is administered by the Native Land Trust Board. Fijians that are born outside of Fiji reserve a right to visit the country and claim their piece of land!

It’s possible to book village tours to see what life is like in the small villages of Fiji.

If you visit Fiji, keep in mind that the word “Bula” means hello and you’ll hear it frequently.

Rugby is a well-loved sport and their men’s team is very accomplished, having won the World Cup two times.

The first inhabitants arrived in Fiji 3,000-5,000 years ago by double-hulled boats. The early inhabitants separated into various chiefdoms, lived in huts, and used whale teeth as money!

Abel Tasman, a dutch explorer, came across Fiji on his way to find (what is now called) Australia in 1643. Fiji remained mostly unbothered by Europeans until the discovery of sea cucumbers, which became a delicacy that they would love to eat, and sandalwood.

Levuka was the first town established in Fiji around 1820. By 1871, the islands of Fiji were unified into a single state under the rule of Ratu Seru Epenisa Cakobao (though at the time, it was known as the Kingdom of Viti).

In 1854, Cakobau became a Christian, which brought many Methodist, Roman Catholic, and Anglican missionaries to the country.

Cakobao handed over rulership to Britain in the early 1870s, and Fiji became a British colony. In 1874 the first governor of Fiji took over. Unfortunately, shortly thereafter, a measles epidemic struck the country and about one third of the overall population died.

In 1970, Fiji gained their independence. 4 Coups followed over the next 40 years, and by 2013, the most recent constitution was adopted.

Fiji used to be known as the Cannibal Isles because their ancestors practiced ritualistic cannibalism over 2500 years ago.

This practice was completely abandoned long ago, but the last Cannibal act in the country was of Reverend Thomas Baker, killed by the people of the Nabutautau village on July 21, 1867.

As the story goes, Baker touched the chief’s hair, a faux pas that led to his death. In 2011, Nabutauatu performed a ceremony, begging for the forgiveness of the Methodist Church.

Kava is the national drink and is made of the powdered root of a pepper plant mixed with water. It causes your mouth and tongue to go numb and then gives you a feeling of relaxation!

There are 70 different types of Taro in the country. Other popular produce include breadfruit, taro leaves, sea grapes, and asparagus.

Perhaps the most popular meal in Fiji is Kokada, a ceviche-type meal made with coconut milk.

Additionally, Lovo-style meals are largely popular for celebrations, including festivals and weddings. Lovo is a meal that is made by wrapping marinated meats (normally pork and chicken, but sometimes bats!) in taro leaves and then cooking them underground.