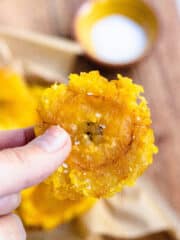 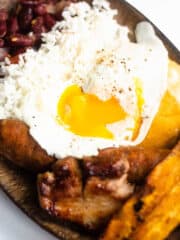 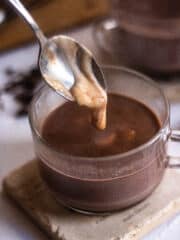 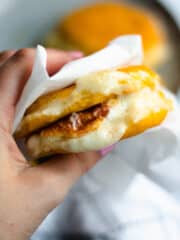 Colombia was a fun country to cook because I hadn’t realized for so long that I am apparently obsessed with Colombian food! I made dishes I’ve loved for years, only to find out in these two weeks these meals root themselves in Colombia. Keep reading for the background and food culture of Colombia as well as information on Colombian food and great recipes.

The Flag of Colombia

Alfonso de Ojeda “discovered” Colombia in 1500, while the population at the time ranged as high as 700,000 indigenous inhabitants. By 1550, the Spanish had established an administration in Colombia, and by 1819, Colombia had gained independence again.

Simón Bolívar established a dictatorship in 1827, but his reign didn’t last long. He had to step down by 1829. In 1849, two parties emerged: the Conservatives and the Liberals. This political division came to a head in the decade between 1949-1958, in which Colombia experiences “La Violencia”. Over the course of these 10 years, 200,000 people lost their lives. Today, Iván Duque Márquez is president.

Exports from Colombia and the Cocaine Story

Colombia’s main exports are coffee, bananas, and sugarcane. The country also produces quite a lot of gold, nickel, etc.

One of the biggest industries in Colombia is the cocaine industry. Cali cartel bosses work closely with people in America as well as with the Colombian government and corporations to help their cause. About $3 million worth of chemicals and coca leaves and make $1 billion in cocaine!

President Reagan and President Bush waged an intense war on drugs during the course of their administrations, but it made little difference. However, in between 2000 and 2010, cocaine production reduced 60%. Drug related violence reduced by one half in those years as well, as many people had moved away from using cocaine. This reduction in violence led Colombia to lose its title as the most violent country in the world.

The Life of Colombians

Spanish is the dominant language of the country, and now only about 4% of the population speak an indigenous language.

In their free time, Colombians prefer to play soccer or table tennis and bullfights are extremely popular in the country. So popular, in fact, that there are two bullfighters’ unions. Bullfights normally occur on Thursday and Sunday afternoons, and on these days, a bull and a torero (bullfighter) fight to the death in a bullpit arena.

In rural areas, Colombians also enjoy cockfights, in which they make roosters fight to the death with razors attached to their legs. After church on Sundays, a Colombians play Tejo, a game in which players throw stones at mounds of dirt hiding gunpowder. When a player throws the stone correctly, the mounds of dirt explode.

Poultry is eaten more commonly in Colombia than any other meat, and the country has started to move away from eating beef. Beef is less healthy than other meats, and the way cattle is raised in the country makes it a tougher meat.

There are a lot of carbs and starches in the Colombian diet, including potatoes, and rice. Some of the most common dishes in Colombia include ajiaco (soup with potatoes, chicken, capers, corn, etc), sopa de pan (soup with bread, eggs, and cheese), and arepas (cornmeal patties, often with fillings).

Lunch is a big deal in Colombia, and the whole family makes sure to eat their lunch together. Breakfast is a casual meal that is normally eaten at each person’s leisure, and dinner is a later affair, being served around 8:00.

Family members dress well when attending meals. Dinner guests should not eat too much or too fast or put their left hand below the table. If the host offers refreshments, it is typical for the guest to decline.

Coffee is the national beverage of the country. Children start drinking coffee early in life, and adults drink coffee all day long. Creating true, high quality coffee is a taxing job, requiring a lot of care. Coffee plants grow under banana trees to allow for the correct amount of shade, and then beans must be hand-picked and dried in the sun for several days.

All of this effort is worth it, though, as Colombia is the third largest exporter of coffee in the world, with Brazil and Vietnam being the only other two countries exporting more.