For delicious recipes from Djibouti, visit the linked recipes under “On the Menu” below.

The white triangle extends from the left of the flag and represents the Samali inhabited territories of Greater Somalia. The red star inside of this triangle represents peace. 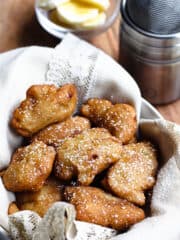 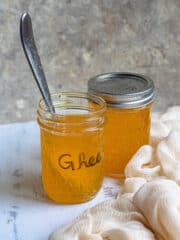 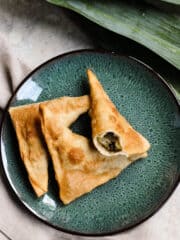 How to Make Samosas (A Recipe from Djibouti)

The location of the country, on the Eastern side of Africa with access to many waterways, is an ideal place for any country to be located; it is the envy of most of the world for its ideal placement! Because of this, the location was highly desired as a territory, and was a longstanding territory of France!

Now, Djibouti is a transit hub, and holds a large amount of military bases for other countries. Despite this, it tries to stay neutral in international conflict.

Djibouti is located on the horn of Africa. It is surrounded by Eritrea, Ethiopia and Somalia.

Approximately 90% of the land is desert land, and there are many active volcanoes, including Ardoukoba, which last erupted in 1978.

Lake Assal, located in Djibouti, is the lowest point in Africa. It is also the 2nd saltiest lake in the world, saltier even than the Dead Sea.

The People of Djibouti

Djibouti is the third smallest country in Africa, and its population sits below 100,000 people. 93% of the people in the country are Muslim, and the remainder are almost entirely Christian.

The official languages of the country are French and Arabic, though French is spoken more commonly.

Djiboutians are very kind, welcoming, and known to be very talkative.

The food in Djibouti is a blend between many different countries/regions that have had their influence on the country over the years, including France, Somalia, the Middle East and more.

The country was also a common hotspot on the spice road that led to Timbuktu, meaning that many unique flavors and ingredients found their way to Djibouti at some point or another.

Because of the desert landscape of Djibouti, it is almost impossible to farm on most of the land. The country relies on imports for its food, which means that ingredients are normally very expensive. It is common practice to purchase a living animal to slaughter yourself on the day of the meal!