Everything you need to know about Honduras including background, culture, history, and popular recipes to make. 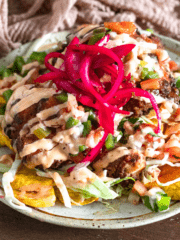 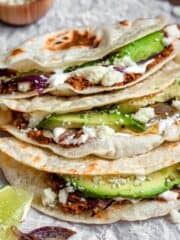 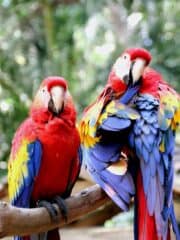 The flag has 3 horizontal stripes. The two outside stripes are blue and the middle stripe is white and contains 5 stars.

The blue bands represent the two coasts of Honduras (one on the Caribbean Sea and one on the Pacific Ocean), and the white represents the land in between the coasts. The white stripe is also known to symbolize peace, prosperity, and the purity of the people.

The 5 stars in the center are an homage to the old Federal Republic of Central America, which was made up of present day Costa Rica, El Salvador, Guatemala, Honduras, and Nicaragua.

Honduras is located in Central America and is bordered by Guatemala, El Salvador, and Nicaragua. It also borders the Caribbean Sea and the Pacific Ocean.

It is made up of a mainland as well as 20 smaller islands. Most of the people live on the Western and Southern sides of the country. The capital of the country is Tegucigalpa.

Most of Honduras is made up of mountains, though quite a bit of the country is also covered by La Mosquita Jungles (the largest wilderness area in all of Central America).

There are 6 main groups that make up the Amerindian population: Lenca, Mosquito, Ch’orti, Tolupan, Pech, and Tawahka.

Most people in the country grow up learning to speak both Spanish and English.

Around 1000 BC, construction began on the city of Copán, a very important city in Mayan civilization.

As Mayan civilization decreased, so did the population of Honduras. That is, until the Spanish arrived in the 1500s. The Spaniards were not greeted fondly, and were resisted by Lempira, the head war chief of the Lenca tribe (who the currency is named after today).

Despite their efforts, the Hondurans eventually became part of the Spanish empire, and the country was mined heavily for gold and silver. In 1821, Honduras finally was able to break away from Spain.

After some tumultuous decades governing themselves, Honduras’s economy started relying heavily on banana exports. This eventually led Honduras to be known as the original “Banana Republic”. Bananas were almost the only exports of the country, and most of them were going to the United States, which gave the US quite a bit of control over Honduras.

In 1969, La Guerra del Fútbol (The Football War) began between Honduras and El Salvador. Though this war is named after a football match, it actually was due to rising tensions between the countries that came to blows during a FIFA World Cup Qualifier.

In 2009, there was a coup to overthrow President Manuel Zelaya, which was followed by quite a bit of violence in the country. This led quite a few Hondurans to emigrate from the country, specifically to the United States. Today 1 out of every 10 Hondurans in the world live in the USA, and many are centered in New Orleans, Louisiana (where this Jambalaya is popular!).