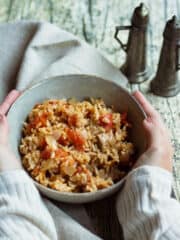 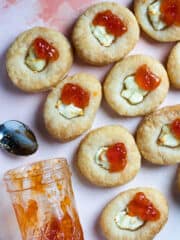 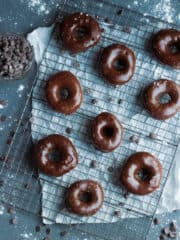 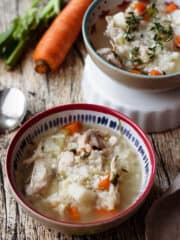 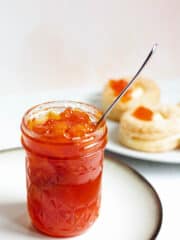 How to Make Jam

Cooking a Meal from Cabo Verde

Cabo Verde (AKA Cape Verde) was such a pleasant country to cook! I’ll be the first to admit that some of the recipes I have lined up for Cabo Verde may not be the MOST well known. However, I have my reasons behind cooking every single one of them. I will explain each in the corresponding blog post 🙂

When I got to Cabo Verde, I was feeling a little bit burnt out. I wasn’t necessarily burnt out from cooking or from blogging. It was more that I felt like I had made a lot of the things on the Cabo Verdean menu before, and I didn’t want to repeat myself. I mean, there’s only so much stew that a girl can eat.

Creative Leeway with the Menu

It’s for that reason that I didn’t make cachupa, the most popular dish in Cabo Verdean cuisine. Instead, I let my creativities fly a little bit. I took some liberties that I’m excited about. Everything is, of course, inspired by what I have read and heard and learned about the country. But I gave myself some leeway for these recipes to be “inspired by” instead of “totally authentic.” Is that okay with you all? I hope so.

Anyways, cooking Cabo Verde was so much fun. I made the first meal for it while I was up north with my parents. We needed a quick dinner on the table, and I’m really glad that I made the tuna rice! It was incredible!

Also, chocolate covered donuts? Yum? Jam and goat cheese? Yum. All in all, I think these two weeks were a success.

I got some of my inspiration for Cabo Verde from watching a YouTube channel called Surviving Ordinary Life. One of the hosts of the show is from Cabo Verde, so they do an episode on trying try Cabo Verdean food. If you want to watch that video, click the hyperlink above.

About the Flag of Cabo Verde

The blue on the flag represents the ocean and the sky that are so prominent on the Cabo Verde islands. The red stripe through the middle represents the construction and development of the country, and the 10 stars represent the 10 main islands that make up the nation!

Cabo Verde is off the coast of West Africa, about 400 nautical miles from Senegal.

It is made up of ten main islands, which are split into two groups.

The Winward Group is characterized by cliffs and large amounts of erosion. It contains the following islands:

Santiago is the main island that hosts about half of the Cabo Verdean population. This is also where Praia, the capital, is located. The only island that has no permanent residents is Santa Luzia.

There is a population of about 500,000 people in Cabo Verde. The country, which was once a joint country with Guinnea-Bissau until 1980, used to be a Portuguese colony.

Between the Portuguese colonists and the Africans that arrived in the country as slaves centuries ago, Cabo Verde produced its own race of individuals. As a mix between Portuguese and African, Creoles (the word for Cape Verdean people of mixed race) often have dark skinned but with light hair and blue or green eyes. Many people think that Cabo Verdean Creoles are some of the most attractive people on the planet for their unique mix of features.

The people of Cabo Verde are not just a combination of Portuguese and African in looks. In fact, the culture and identity of the Cabo Verdeans is mixed as well.

Each of the 10 islands has its own identity that either relies more or less on African/Portuguese cultures. In this way, visiting each island of Cabo Verde is a completely different experience. Customs, traditions, recipes.. They each change based off of which island someone grew up on.

Portuguese is the official language of the country, but Criolo is widely spoken. The difficulty with Criolo is that dialect changes so drastically amongst each island, that it is difficult to form a national language from it.

The Food of Cabo Verde

Corn is the staple crop of the country by far. It is the main ingredient in the country’s national dish, Cachupa. Other common foods include seafood, sweet potatoes, rice, and beans. Cabo Verdeans also eat a lot of bananas, sugarcane, and coffee, which they can grow in their country.

As for drinks, coconut milk is a very popular one in the country. Cabo Verde also boasts grog, or sugar cane liquor, as its most popular drink. Despite its name, the drink is not sweet unless mixed with a sweetening molasses.

People normally eat a large meal for lunch and a small, late dinner.