Learn about the culture, background, and food traditions of El Salvador, including some of the countries best recipes.

The flag of El Salvador boats its coat of arms on the flag as well as a photo of the flag on the flag!

The top and the bottoms of the flags are blue with a white band that goes across the middle. The Coat of Arms sits in the white band! The blue represents the oceans that border Central America and the white represents peace.

The coat of arms is made up of a golden triangle surrounded by 5 Salvadoran flags on traditional wooden warrior spears. These symbolize the significance of the Lenka and Pipil warriors.

The triangle is surrounded by laurel wreaths which are divided into 14 parts which symbolize the 14 departments of El Salvador. These wreaths are tied together with a ribbon to symbolize unity again.

Under the triangle is a scroll that reads “dios, union, and libertad” which means God, Unity, and Liberty.

The inside of the triangle features 5 green volcanoes. The volcanoes represent the 5 member states of the United Provinces of Central America, including Nicaragua, Honduras, El Salvador, Guatemala, and Los Altos. The cap represents freedom

On top of the mountains is a red Phyrgian cap on a staff in front of a red sun. There is a date written amongst the sun rays: “15 Septiembre de 1821”, translating to “September 15, 1821, symbolizing the year the country declared independence from Spain.

The very top of the triangle features a rainbow! 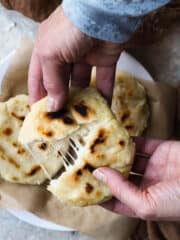 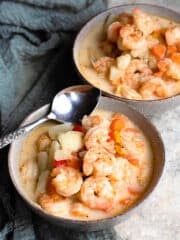 El Salvador is bordered by Guatemala and Honduras. The country is divided into 14 “departments”. The capital is San Salvador! It also operates the Bahia de la Union (Union Bay) in the gulf of Fonseca.

There are over 20 volcanoes in the country, and El Salvador lies directly on the Cocos Tectonic Plate, which causes quite a few earthquakes. The country is bordered by the Sierra Madre mountain chain in the north.

Textiles are one of the largest export products

The People of El Salvador

The people in El Salvador are ancestors of the Ancient Mezoamerican tribe, the Pipil. The Pipil was a strong, at-times aggressive tribe, even stealing guns from the Spaniards when they landed in the country.

Most Salvadorans agree that this attitude has stuck around in their culture today. There are many gangs in the country, which contributes to quite a bit of murders. Most of the touristy areas are safe to visit, but the more rural areas tend to be more dangerous.

75% of the country practices the Catholic faith.

Some popular foods are Atol, Elotes locos, Tamales, and Pupusas. A lot of dishes are seasoned with loroco and isote.

As for drinks in El Salvador, beer is a very popular option. The national liquor is called Tick Tack and is made from sugar cane!