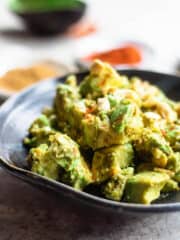 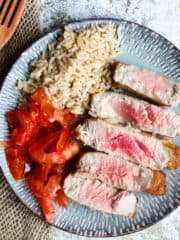 Ivory Coast got its name from its exportation of ivory before the practice became illegal. The official name of the country is in French because for quite some time, the country was under French rule, beginning in the 1880s.

The French influence lasted until 1960 when the country finally gained their independence. Felix Houphouet Boigny led the resistance and afterwards became the leader (dictator) of the country for 33 years. Despite the fact that he was a dictator, the country actually held up quite well. It gained economic prosperity and flourished. He died in 1993, and Henri Konan Bédié became the first prime minister.

In 1999, there was a military coup that led to civil wars and economic breakdown. Throughout these tough times, though, Cote d’Ivoire never stopped trading well and keeping up external relations.

Geography and Wildlife of Côte d’Ivoire

Côte d’Ivoire (or Ivory Coast) is a country in the Western section of the African continent. It is bordered by the Gulf of Guinea, Liberia, Burkina Faso, Ghana, and Mali. It’s divided into 12 districts, and has two capitals: Abidjan is the economic capital of the country, and Yamoussoukro is the official capital.

The southern border of the country lines the Gulf of Guinea, but, unfortunately, most of the beaches are inaccessible. The country also doesn’t own many islands. The land in Ivory Coast is mostly flat. There are lush forests in the south (closer to the water), but the further north you move, the drier the land gets.

There are 1200 types of animals and 4700 plants in the country. Comoe National Park is one of the most famous sites in Cote d’Ivoire, and it houses chimpanzees, dwarf crocodiles, and hippos.

The people of the Ivory Coast are called Ivorians. There are 60 indigenous tribes in the country, which are divided into 5 different ethnic groups.

Many of the tribes are known for expressing themselves in unique and beautifully artistic ways.

The Bilfo tribe creates adobe clay houses. The Dan tribe has spinning warriors and stilt dances. The Korhogo people do acrobatics. The Yakuba do a girl-juggling dance (like…. They juggle girls). The Baoulé love brass art.

More than 75% of the people living in Cote d’Ivoire are farmers. Though they farm many different crops, cocoa makes up 25% of the exports in the country. In fact, the Ivory Coast farms and exports so much cocoa that it supplies 33% of the world’s cocoa beans– more than any other country in the world!

Most farmers farm cocoa, but plenty of them have never even tried chocolate! They farm the crop because they know it’s in high demand, but they’re not always able to try its beautiful taste.

The food in Cote d’Ivoire is very similar to that of many other African countries in the area. Ivorians eat a lot of sauces and stews (similar to Burkina Faso and Burundi). They also enjoy cassava and peanuts.

For forms of meat, they consume chicken and dried fish. On a more unique note, they also grill land snails and serve them with sauce.

Thank you to Barbi at Geography Now for providing much of the information in this post.