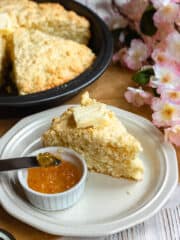 Johnny Cake from The Bahamas 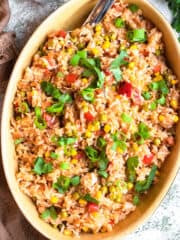 Pigeon Peas and Rice from The Bahamas 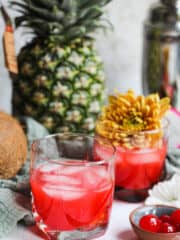 Bahama Mama from The Bahamas 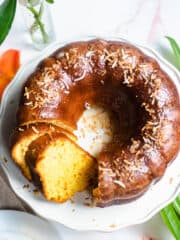 Rum Cake Recipe from The Bahamas 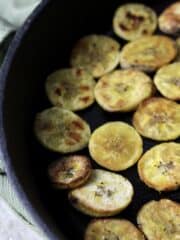 Plantain Chips from The Bahamas 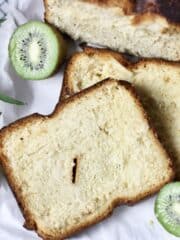 Coconut Bread Recipe from The Bahamas

Fun Facts About The Bahamas

Culture of the Country

In 1807, the British abolished the slave trade, so many of the African slaves were sent to The Bahamas to live out their days. They brought with them music, medicine, and religion that greatly influences the islands today.

A popular form of music on the islands is called goombay, which combines African and European influences. It was a way for slaves to storytell and dance to music that was beaten out on a goatskin drum.

Bush medicine, the act of using plants for medicinal purposes, is practiced in The Bahamas, and also stemmed from the arrival of African slaves to the island. Bahamians use over 100 plants, including aloe vera and white sage to cure ailments.

One of the most exciting forms of celebration unique to The Bahamas is Junkanoo. Junkanoo is a parade in which Bahamians dress in brightly colored costumes and dance to music made of cowbells, horns and whistles. They often compete over prizes for best costume, best dance, etc. Junkanoo occurs during New Year’s Day, Boxing Day, and Independence Day, but smaller shows are continue during the year.

Influence on The Food

The island has moved through ownership by pirates, the Spanish, the British, America, and then back to Great Britain. The food is comprised of West Indian flavors with Latin and British influence.

Flavors of The Bahamas

Given its location, fish is an everyday staple in the meals of The Bahamas. Conch is a favorite among Bahamians and is on the table almost every day. The most common conch dishes are conch chowder and fried conch fritters.

Rice is a necessity, as are peas– particularly pigeon peas. For produce, peppers, tomatoes, and onions are the most-used vegetables; tropical fruits such as bananas and guavas are popular as snacks. Coconut often flavors sweet dishes.

Drinks with rum and local juices are a favorite way to drink alcohol!