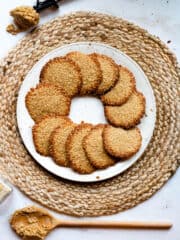 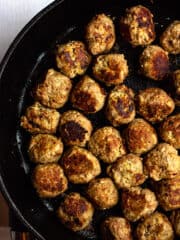 The Central African Republic was exactly what I dreamed about when I pictured cooking a meal from every country in the world. The country brought unique menu items into our home, but they were both recipes that were easy to make and simple to find ingredients for.

These recipes have roots in foods that are common in the United States– things I grew up eating– but they’re all made with a special twist:

They created just enough diversity and eccentricism in our diets this week, that they are menu items that will be sure to resurface as the years continue.

Just as you’d guess from the name, the Central African Republic is located near the middle of the African continent. It isn’t located directly in the center of the continent, but it is fairly close.

The country is divided into 16 “prefectures,” each of which are named after the rivers that flow through them. The capital is Bangui and borders the Democratic Republic of the Congo.

The population of CAR is very spread out, and only about 8% of the roads in the country are paved!

Central African Republic sits atop an enormous diamond mine. So, naturally, about half of the export revenue that the country earns is from diamonds! Belgium invests a lot of money in CAR’s diamond exports and is their largest export partner!

Diamonds are not the only substance that Central Africans mine. Also included on the export list is copper, gold, iron ore, graphite, and more.

The World Bank cites the GDP per capita of Central African Republic to be $418 as of 2017, though this data may be slightly off. This number is comprised purely of “official” sales, and may not include unrecorded sales amongst locals.

The History and People of CAR

80 ethnic tribes make up CAR, though most of the tribes (and therefore the citizens) have roots in the Gyaba, the Banda, or the M’baka tribes.

French and Sangho are the official languages of the country, though the majority of people speak Sangho.

French is an official language due to the French colonization. The colonization ended in 1960 when Central African Republic gained its independence!

Jean-Bédel Bokassa took over in the 60s and 70s by overthrowing his own cousin and proclaimed himself as emperor. He spent the country’s money wildly, blowing a third of it on just his coronation. He even spent $5 million on his crown!

There is a civil war raging in the country to this day between the government, rebels from the Séléka coalition, and anti-balaka militias. The war began in 2012, and lasting peace seems to be a ways off for the time being.