Home » European Union » Estonia: Everything You Need to Know about Estonian Food, Culture, and History

Everything you need to know about Estonia including background, food culture, history of Estonia, and popular recipes to make. 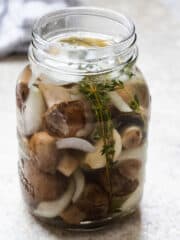 How to Make Pickled Mushrooms 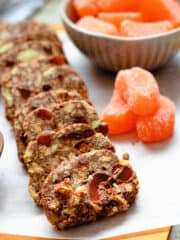 Estonia is a country in the Baltic states, though it cannot completely be considered Baltic, as the tribes that the country developed from is different from that of the Baltic countries.

It is a Northern European country that is bordered by Russia and Latvia. It is also slightly south of Finland.

Tallinn is the capital city of the country and is located in the north. The Estonians also have semi-capitals of their country depending on the seasons. For example, the summer capital is Pärnu and the winter capital is Otepää.

The country owns many islets and islands, one of which is Saaremaa. Saaremaa is the last area in Eastern Europe to ever be christianized.

These days, Estonia is attempting a major reforestation project. This is a large community initiative, and even high schoolers participate in projects to plant trees and rebuild the natural environment of the country. Now, about 60% of the country is covered in forests.

Estonia is made up of about 1.3 million people. Of its inhabitants, 70% are Estonian, 23% are Russian, and the last 7% are made up of various other groups. Estonia has the largest ratio difference between men and women in the world… There are .84 men for every 1 woman.

The population in Estonia has slowly declined in the last 30 years, down from its height of about 1.5 million people in 1990.

Estonia is one of the least religious countries in Europe, with less than 20% of the population identifying as following a religion.

The language spoken in Estonia is… Estonian. Only about 1 million people speak this language in the world, and it sounds so magical and otherworldly that it is also commonly referred to as “Elvish”.

Estonians tend to be very quiet and keep to themselves. They are not very chatty, and enjoy their privacy. Common greetings when meeting new people in the country are Tere (meaning “hello”) or a simple “hello” as most of the country speaks English.

Estonians do not like to be asked “how are you” as a greeting, because they see it as an invasion of privacy.

The first written mention of the country Estonia was in the year 98, by a Roman Historian, Tacitus. Tacitus was the first person to mention the Aestian tribe that made up Latvia, Lithuania, and Estonia at the time of his writing.

In the year 600, King Ingvar of Sweden attempted to raid Estonia, but was defeated by the people inhabiting the country! Unfortunately, later on, King Ingvar’s son, Anund, raided the country for revenge and sold half of the nation to slavery.

Estonia eventually was ruled by Denmark (around 1559), and then, in 1645, Sweden obtained control of the country. Though there was still much pain in Estonia around this time, Sweden’s control of Estonia was its most peaceful era.

In 1700-1721 the Great Northern War began between Sweden and Russia, and Russia gained control of Estonia. This was a dark period in Estonia’s history, with quite a lot of blood shed, executions, etc. In addition to the Russian occupation, Estonia was also controlled by German nobility.

The Fight for Independence

1918-1920 brought the War of Independence of Estonia. Estonia won with the help of Finland!

Between 1920-1940, Estonia was independent and began to flourish as a country. Unfortunately, by 1940, the USSR crossed the border and took control of Estonia again.

Estonians finally gained independence from the USSR in 1991…. By singing. In 1869, (during The Great Awakening), the first national song festival of the country took place.

In 1991, Estonians took this national interest and used it to “fight” for their independence… To protest the occupation of the USSR, Estonians gathered in large groups and sang forbidden Estonian national songs. Finally, without any bloodshed, they were given independence.

The young country joined the European Union in 2004.

The Custom of Sauna

Saunas have existed for centuries in Estonia. They aunas began as a pagan tradition in Estonia and Finland. However, even after Christianity destroyed most of pagan culture, the tradition of the sauna remained untouched.

Most houses in Estonia have a sauna to go with them. They are normally detached from the house, standing alone in the backyard.

These saunas consist of three rooms: a sitting room (to chat and snack between sauna runs), a washing room, and then, finally, the sauna room.

The sauna room is heated by a wood burning stove. After about an hour and a half of the stove burning wood to warm up, Estonians will throw warm water on the rocks that sit on top of the stove. This will cause the steam to fill the room.

While in the sauna, the Estonians will use Kaseviht, which is a grouping of branches tied together. While steaming, they beat themselves on the legs, arms, torso and back with these branches as a way to stimulate their muscles.

Estonians love their time in the sauna to relax, destress, and chat about life. When people of like-sex sauna together, they typically do so naked. In between bouts in the steam room, they lay in the grass, jump in the pool, or walk around. They normally repeat the sauna process 2-3 times before going in their home to enjoy a relaxing evening.

Popular snacks to have while in the sitting room of the sauna:

The food in Estonia is heavy in meat and potatoes. They love to eat blood sausage in the country!