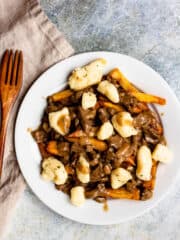 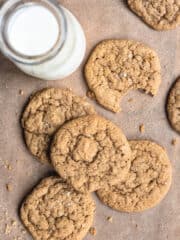 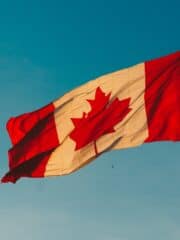 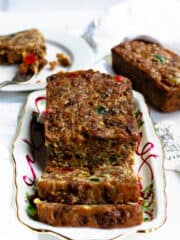 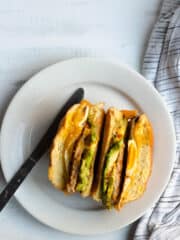 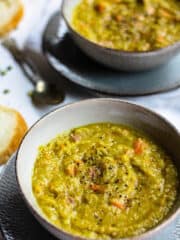 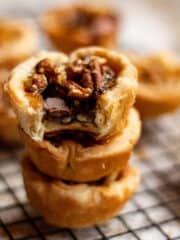 Hi everyone and welcome to Canada and my take on Canadian food!

I’ve been cooking one meal from every country in the world for quite some time now: 31 countries in 460 days to be exact. That’s a lot of time spent cooking exotic meals and making my best attempt at truly feeling the culture. I’ve cooked a lot of delicious things and learned about a lot of incredible places. But, surprise, surprise… Canada was, by far, my favorite country to cook.

Prior to Canada, if you’ll recall, my favorite country was Belgium! I stand by the fact that Belgium was an AWESOME country to explore via food, and I loved it for two reasons: 1. The food was dope and 2. I had been to Belgium in real life.

Well guess what… Canada is my new favorite because it has everything Belgium did PLUS something else… a special guest! But we’ll get to that in a second.

First I want to tell you a little bit about living in Michigan, because there’s something very unique about the geography here: I drive SOUTH to get to Canada. Whhhaaaaa??? Yeah.

I live in the metro-Detroit area, about 45 minutes north of the city, but there is a bridge that goes into Windsor, Canada from Detroit. It takes me about 50 minutes to make it from my house in Michigan to the Canadian border. I’ve even run half marathons that start in the United States and carry me through Canada!

Which also means that it’s not uncommon for rowdy 19 year olds to drive to Canada on their birthdays so that they can legally drink and gamble. I’ve been guilty of this once or twice.

In college, whenever we’d go on fraternity date parties, they would be in Canada… that way everyone could drink legally! I also went a little further north into Canada last year when I went on a weekend trip to Toronto. I loved Toronto… it felt like a familiar city, but also felt just exotic enough to feel like a true adventure when I was exploring.

All of this is to say…  I have some experience with Canada. In fact, I live so close to it that something the infamous “eh” trickles down into Michigan’s Upper Peninsula! I’ve visited its cities, eaten its food, loved its people.

One of the people that I love most from Canada is my Aunt Lori. I grew up adventuring and being creative with my Aunt Lori and my Uncle Art. My brother and I would spend full weekends at their house. Together we worked on crafts, reading, learning about famous painters and artists…

Aunt Lori and I have always had so much fun together. So when it came time to cook from Canada, of course I asked her to cook with me! Enter: special guest.

I asked Aunt Lori to pick two of her favorite family recipes from Canada and make them with me on The Foreign Fork. She picked a Canadian Butter Tart Recipe and her grandmother’s Christmas Fruit Cake. We made both of these recipes on my YouTube channel. I’ll also be posting them above for you to read at home!

It was so fun learning these recipes from Aunt Lori, and hearing all about the family traditions that come with them. My dream for this blog is to one day cook all of my countries with locals… so that they can show me how it’s really done (because trust me, I know I’ll never get it perfect without that).

So, for anyone out there…. If your country is coming up and you want to cook it with me: let me know. I’d love to have you!

My Aunt Lori wrote up an INCREDIBLE article about Canada for me (I didn’t even have to ask! Gosh, love that lady), and I would honestly be doing it a disservice if I tried to turn it into anything else. With Aunt Lori’s permission, I have posted her introduction to Canada below. So, without any further ado:

CANADA, our northern “neighbour” (not a spelling error), consists of 10 provinces and 3 territories. It has a population of 37.41 million, falling just below the state of California’s population of 39.56 million.

Over 80% of Canadian habitants are concentrated in large and medium sized cities. 70% reside within 100 kilometers (62 miles) of the southern border.

The “Great White North” has stunningly natural beauty consisting of vast forests covering 40% of the country’s land. It hosts a vast tundra with a sparse population, the largest number of lakes on the globe (close to 2 million), the longest coastline in the world and amazing viewings of the Aurora Borealis. It also has an abundance of natural resources including oil (3rd largest oil reserve in the world), aluminum, nickel, cobalt, and gemstones.

A common stereotype assigned to Canadians is they are over apologetic and love to say they are sorry whether at fault or not.  So much so, in 2009 The Apologetic Act passed. This ensured apologies could not be regarded as an admission of guilt or fault for insurance purposes or in a court of law.

The name Canada is rooted to the Iroquoian language word “kanata” meaning “village” or “settlement”.

Canada is the World’s most educated country: over half its residents have college degrees.

Every Christmas, 1 million letters are addressed to Santa Claus at his own postal code: “HOH OHO”, North Pole Canada.

Yonge Street in Toronto, Canada is the world’s longest street at 1,896 miles.

Canada has had no weapons of mass destruction since 1984.

Historically CANADA’s cuisine has been influenced by the British, French, and its own indigenous cultures.

Canadian food such as Bannock (Fried Bread), Moose, Elk, Deer, Bison, Pemmican, Maple Taffy, Metis stews such as barley stew are all either traditional indigenous foods or originated in Canada with roots in indigenous cuisines.

Canada consumes more macaroni and cheese than any other country in the world.

Canada has a strategic maple syrup reserve to ensure global supply in case of emergency.