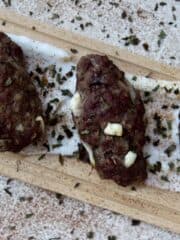 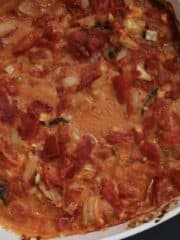 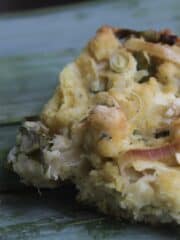 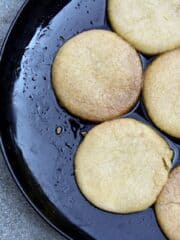 So country number two was Albania and phew baby was it a doozy! You all remember how I pretty much smashed Afghanistan out of the park last week, right?? Well, for as much as I rocked Afghanistan last week, that’s how much Albania rocked ME this week. I’m not kidding; this week started out as an absolute disaster. Luckily, by the end of the week, I was able to turn my luck around!

Like I said in my post on Afghan naan, most of my recipes– at least at first– are going to be ones that I’ve gotten from cookbooks. They’re going to be recipes that are already made that we can perfect them together! This time through, I did want to test my hand at recipe creation, so I spent a few hours putting together my own recipes for Pispili and Qofte. One went very well, and one was preeettttyyyy much a disaster. You’ll have to keep reading my posts this week to figure out which was which 😉

Moral of the story is that despite a rocky start, by the end of the week, I had all of these recipes down FLAT. And oh my goodness, once I did, it was worth all of the trouble. The pan of vegetables had just the right balance of sweet, caramelized peppers and salty, fresh feta. Biting into those cookies and tasting their syrupy goodness was like biting into a little taste of Albanian heaven. And don’t get me started on the cornbread…. My family and I can’t stop eating it right out of the pan!

Albania was certainly a learning experience, but I’m grateful because it showed me what life as a food blogger is really like. It’s not always delicious pasta and perfect cakes 100% of the time. Sometimes your creations will turn out a little rough, and that’s when you need to evaluate the situation, adjust the methodology, and try again. And if you keep trying for long enough, you’ll get a deliciously authentic Albanian meal as a reward.

Scroll to the top of the page to find links to the recipes!

The Ottoman Empire ruled Albania for most of history until it finally gained its independence in 1912 (after which, it remained a Communist state until 1991). Therefore, many influences in Albanian cuisine come from the Turks and other Balkan states. Almost 60% of Albanians practice Islam, so pork is not very common to eat. Habitants are, however, more lax about drinking alcohol.

Many meals in Albania center around vegetables with a small serving of (or sometimes no) meat. Common vegetables include artichokes, cabbage, corn, peppers, eggplants, leeks, and tomatoes. When Albanians cook meat, they often choose lamb, chicken, and beef. Liver is a delicacy, and Albanians typically eat it on particularly special occasions.

The cuisine of Albania differs greatly based on the region of the country in which the diner presides, mostly because of differences in terrain. Along the coast and in cities, seafood is very popular. The mountainous regions provide dairy products, including feta cheese and kefir. In all regions, nuts, olives, and olive oil are very popular ingredients. For dessert, cold fruit compotes are very popular. Cakes and cookies with syrup or honey are also favorites in Albania.

Albanians focus heavily on etiquette and hospitality, and therefore always have appetizers prepared in case a guest arrives unannounced. Guests are always offered the national cocktail, rak’i, an unsweetened alcoholic drink typically made from fermented grapes. Rak’i is stronger than whisky, so at times, guests may not choose to partake.

The male-dominated society of Albania also affects the food culture greatly. Men, especially the head of the house, are served first. When entertaining, the host is the first to break bread. This action signals that the other food can now be brought to the table. The table may already have been set with appetizers.