Everything you need to know about Gabon including background, food culture, history of Gabon, and popular recipes to make. 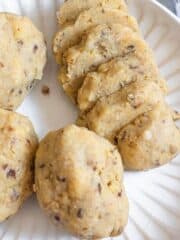 The Flag of Gabon

The flag of Gabon is made up of 3 horizontal stripes. The green stripe on the top represents the rainforest and natural resources in the country.

The middle stripe is yellow and symbolizes the sun and the equator that passes through the country.

The bottom stripe is blue and represents the Atlantic Ocean.

Gabon is located on the western side of Central Africa. It borders Cameroon, Equatorial Guinea, and the Republic of the Congo.

The capital city of Gabon is “Libreville”. Libreville was started by 52 freed slaves that were left there by the French in 1846. They named the town Libreville because it means “Free Town”.

The country is made up of 3 different regions: the coastal plain, the central highlands, and the thick jungle interior. In 2005, Gabon announced that it would set aside 10% of its land as protected national parks.

This announcement was a big deal for the country, as it is the 2nd most forested African country and is home to 80% of the world’s gorillas. Up until this point, Gabon didn’t have any national parks in place.

80% of Gabon’s exports are oil, which brings in a lot of money for the country. Because of the oil industry, Libreville is one of the most expensive cities in Africa.

2.1 million people live in Gabon. Of these people, most are of Bantu origin. About 30% of Gabonese are of the Fang people.

¾ of the Gabonese are Christians. The official language is French and 80% of the population speaks it as their first language.

Gabon was initially populated by pygmy people. In between 1000 BC and 1 AD, the Bantu people moved into the area. The Bantu made up the Fang people, the Kota people, and many more in modern-day Gabon.

In 1472, the Portuguese sighted Gabon. In 1885, France claimed Gabon and had control over the country until Gabon declared its independence in 1960.

After this, Léon M’ba was the first president of the country, serving from 1902-1967. M’ba was a dictator and physically demanded respect from the citizens of Gabon, even whipping citizens that didn’t salute him in the streets.

The next president was Omar Bongo Ondimba, one of the longest ruling leaders in the world, serving for around 42 years. He died in 2009.

Due to its history with French occupation, there is a lot of French flavor in Gabonese cuisine.

Beignets are popular as are baguettes. However, instead of butter, baguettes are eaten with boiled atanga fruit.

Palm nuts are popular and red palm oil is common in most Gabonese dishes. The national dish of Gabon is Nyembwe Chicken, a chicken stew made with palm oil.

Iboga root drinks are a cultural practice that induce hallucinogens.

« French Food: Everything You Need to Know
Plantain Balls (Plantain Pilé) from Gabon »