The Eritrean flag is made up of 3 triangles. From top to bottom, they go green, red, and then blue. The green and blue triangles stem from the right side of the flag, whereas the middle red triangle starts at the left and points to the right.

There is an emblem in the left portion of the red triangle that features olive wreaths and branches. These symbols represent peace.

The green in the flag represents agriculture and livestock. Blue symbolizes the Red Sea. And  red stands for the blood of the people that fought for the country 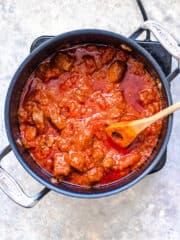 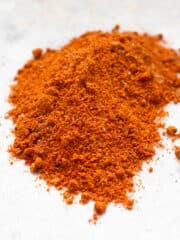 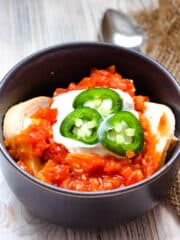 The country is made up of 6 regions, and the capital is called Asmara.

The coastline of Eritrea is very dry and difficult to inhabit, and is one of the hottest places on Earth, getting up to 120 degrees Fahrenheit. The inland areas, surprisingly, get more rain than the coastline, so most Eritreans live in the inland areas!

Eritrea’s history dates back centuries, all the way to the Adi Alauti Cave, which hosts cave drawings of what life was like at the time.

The land that is now Eritrea belonged to the Land of Punt, a country close to Egypt that traded frequently with Egyptian civilization.

By 1 AD Eritrea was a northern province of Ethiopia, forming a country called Aksum (also spelled Axum). Aksum thrived, as it was located in a spot ideal for facilitating trade between India and the Mediterranean. Aksum began its decline by the 6th century following wars with Persia.

In 1557, the Ottoman empire made Eritrea one of its colonies.

In 1882, Italy began pursuing colonialism to rival Spain and France. Italy took control of what is now Eritrea, and modernized it quite a bit by adding railways, cable cars, and even making an impact on architecture that can still be found in Eritrea today.

During the Battle of Keren in World War II (1941), Great Britain gave Eritrea its independence from Italy. In 1950, the United Nations granted power of Eritrea to Ethiopia. Eritrea wanted to be independent once more, and began fighting the Eritrean War of Independence, which began in 1961. By 1991, Eritrea had won!

The country is now run by a single-party state called the People’s Front for Democracy and Justice (PFDJ). No other political groups are allowed to form in the country.

In 1993, Isaias Afewerki was elected as president, and he still rules the country to this day.

Everyone, both male and female, is required to serve in the military by age 18 and continue with national service indefinitely, until the government deems their service complete. This has caused quite a bit of unrest in the country, as many individuals don’t like that they have no control over their service period.

Eritrea has a population of 3.214 million people. About half of the country is Christian, and most everyone else is Sunni Muslim.

Despite gold making up 15% of the country’s exports, the average annual income in the country is around $600 per year.

Eritrea and Ethiopia are very similar in many ways, but they do not like to be confused. Despite this, however, the term “Habesha” is used to refer to individuals of either Eritrean or Ethiopian descent. Habesha refers to a group of Semitic-mixed African people that are unique to the land shared by the two countries.

Nipsey Hussle, an American rapper, was of Eritrean descent. Though he only visited the country twice, people of Eritrea mourned his death expansively in 2019.

Injera is a flat, crepe-like bread that is the basis of almost every meal in Eritrea. Injera is eaten commonly with stews and sauces!

The food of Eritrea is very similar to the more well-known food of Ethiopia, though there is more seafood in the dishes of Eritrea thanks to its position on the coast of the Red Sea.

Due to the influence of Italy on the country during the 19th and 20the centuries, Eritrean food also features Italian tendencies. Pasta is used in some dishes, and espresso shops line some of the busier city streets.

The coffee ceremony is a popular tradition in the country. Loose grass is spread on the floor, and coffee is brewed as a way to facilitate time with friends, family, and neighbors. In the case that the guest does not want coffee, tea will be served instead. The coffee must be poured from the pot into cups from the height of one foot.

Berbere is a common spice blend in Eritrean dishes, and is used to give almost everything an extra kick of spiciness.