Everything you need to know about Guinea including background, food culture, the history of Guinea, and popular recipes to make. 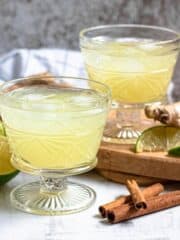 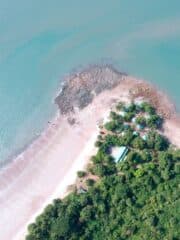 The capital of Guinea is Conakry, which is built on a peninsula that extends to an extinct volcano, named the Îles de Los Islands. This was the inspiration for Treasure Island by Robert Louis Stevenson.

Where Did Guinea Get Its Name?

Guinea (along with many other countries, including Equatorial Guinea) may have gotten its name from the Berber word “Aguinaw”.

This means “black”, and many speculate that the origin of the word “Guinea” is meant to translate to “Land of the Black People.”

Guinea began as a land of hunters that eventually turned into farmers. Some of the earliest inhabitants of the country were the Baga people. They still exist in Guinea today but in small numbers compared to the more present Fula tribe (42% of population) and Mandinka tribe (31% of population).

The Almoravid Dynasty of Morocco (1040-1147) brought Islam to Guinea in the 11th century. To this day, 85% of the population of Guinea is Muslim.

Over the course of its history, Guinea has been part of the Mali Empire, the Sosso Kingdom, the Bamana Empire, and many more.

Eventually Guinea was adopted into French West Africa during France’s colonial period. This was not without resistance however, and Guineans fought for 15 years in the Mandingo Wars to maintain their freedom. In 1898, the army, led by Samori Ture, was defeated and Guinea became a colony.

In 1958, Guinea gained its independence once more! Ahmed Sékou Touré (the grandson of Samori Ture) was the first president of the country. But, unfortunately, his presidency proved to be more of a dictatorship. He died in 1984 of a heart attack.

In the years since, Guinea has tried to improve their country. The first free election happened in 2010 and President Alpha Condé was elected, though he ended up not being much better.

The people of Guinea have beautiful cultures, with Griots (storytellers and musical poetry) being very popular.

French is the official language of the country, but many people speak their local tribal languages first and foremost.

A small outbreak of Ebola occurred again in Guinea in 2021. This outbreak only lasted for about 4 months.

Guinea’s main claim to fame in the exports category is being the world’s largest source of bauxite, a rock that is used to make aluminum.

It’s estimated that Guinea holds about ¼ of the bauxite in the world. This is about 50% of their exports.

Guineans love Tapalapa Bread, a type of bread that originated in The Gambia, but is very popular in Guinea. It looks very similar to a French baguette, but some equate the taste of the inside to that of soft pretzels.

Another popular dish in Guinea is Footi, a dish that stews eggplants and tomatoes together.