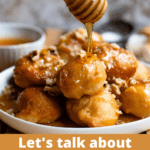 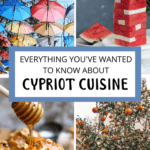 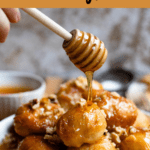 Cooking Cyprus was a delightful challenge for me. I learned so much about the country’s history, but I also was able to recreate so many delicious Cypriot food recipes that I’ve enjoyed over the course of my life!

While learning about Cyprus, I turned to Eleni, a food blogging friend of mine. Eleni was born to Cypriot parents and spent her childhood in Cyprus. She now lives in Australia, but has a blog, called My Family’s Food Diary, dedicated to preserving so many delicious Cypriot recipes.

Elenie and I spoke for about an hour, and she taught me some of the most important things to know about Cypriot life, Cypriot history, and Cypriot food. This interview was certainly enlightening for me, and I think you will find it to be so as well!

Tell me about your Background with Cyprus

My parents are from the south part of Cyprus in a suburb close to the beach. I was born in Australia, but we migrated back to Cyprus when I was three, and I lived there until I was 15. We lived in a few different places; We moved to Nicosia, which is the capital city, and then we also lived in a village. The village life was the absolute best, I loved being there.

Now I live in Melbourne, Australia which literally means we’re on the other side of the world. So we want to be able to maintain the traditions we grew up with for my two little kids.

It’s an island in the Mediterranean, and the weather is beautiful. Living in the village was very quiet, but it just felt like we were part of a great community. Our school had 80 kids. There weren’t many of us, so it had a lot of support.

Of course we would walk to school in the mornings because it was so close. For birthday parties, the whole village would be there, and it was just beautiful.

Cyprus is one of those islands that, geographically, it’s so greatly positioned. Everyone wanted it, so it’s been conquered by a lot of different empires since ancient times.

In the 1500s it was conquered by the Ottoman Empire. During that time, a lot of people came from Turkey and they settled into Cyprus.

There were also a lot of tensions because in the Greek Cypriot group, some wanted to join Greece but some didn’t. Almost no Turkish Cypriots wanted this.

There was always fighting about the issue up until July 15, 1974, when the coup came about. The president was taken down, but he eventually escaped from Cyprus. Because of everything happening at that point, Turkey came in with the reasoning that they were protecting the Turkish Cypriots, though some people perceived it as an invasion.

Basically since July 20, 1974, the Turks have been part of the Northern Side of Cyprus. We have a division between the northern Turkish side and the Southern Cypriot Side called the Green Zone or the Buffer Zone. The Turkish side of Cyprus is still not recognized as its own country, except by Turkey.

Can you travel through the Buffer Zone?

As of 2003, you’re able to go through the Buffer Zone to travel from the North to the South or vice versa. You actually need to present your passport, which, in my opinion, is difficult because you’re still in the same country.

For the 30 years before this change, no one could visit, see the houses they had left behind, etc. This changed the year before we joined the European Union.

Tell me about Easter in Cyprus

For the holy week of Easter in Cyprus, every night has a different focus. I love Easter in Australia as well, but it’s just different here. In Cyprus, the whole nation stops. Easter time in Cyprus is very special, it’s one of my favorite things.

We make a Cypriot pastry during Easter time, called Flaounes, which is stuffed with lots of eggs and cheese.

Tell me about your food blog. Do you focus only on Cypriot Food?

My blog started after I had my second daughter and was on maternity leave. I was in my kitchen more, posting all of my creations on Instagram, and a lot of my friends recommended making a page to share my recipes. So that’s how it all started.

I’ve been sharing many family recipes and Cypriot food. But I also share a lot of recipes and flavors that my family just enjoys eating. It’s not all Cypriot food, but it seems like the Cypriot food is gaining more traction.

Because we’re living overseas, we find food and cooking, especially the traditional food, our connection to the motherland.

Tell me about Cypriot Food! What type of meat/vegetables/etc are popular?

Pork and chicken are the most popular meats. A lot of people closely associate Greek Cypriots with lamb, but actually in Cyprus we eat a lot of pork.

Cucumbers and tomatoes are standard, of course. They eat a lot of fresh, seasonal produce. We eat Kohlrabi, which is a mix between a cabbage and a turnip. We also like peas, beans, taro root, coriander, and parsley.

What is a Normal Breakfast in Cyprus? What is a normal dinner?

Whenever we would go to my grandparents’ house for dinner, they would lay a lot of things out on the table. There was a lot of variety, but it was always the simplest of things. We would have halloumi cheese, boiled eggs, tomatoes, cucumbers, bread, jam. This goes with the Mediteranean diet that advocates for variety from the different food groups.

For dinner we eat a lot of legumes like lentils, beans, peas. We eat red meat, but not so much as chicken or fish.

My favorite dish is called Afelia, which is pork pieces marinated in coriander and red wine and then shallow fried. It’s so simple to make and just yum.

My least favorite is a recipe called Zalatina. It is a jelly-like savory dish, made with pork usually. You boil the pork head and the trotters for about 3-4 hours until they become tender. You take the meat out of the water and then pull the meat pieces apart and discard the bones.

Then you return the boiling water to the stove and that concentrates the gelatin that is released from the bones of the meat. Then you pour that over the meat pieces that you’ve already pulled apart and it sets, like a jelly.

Is there any Cypriot Food that just isn’t the same if you eat it anywhere else in the world?

We are very lucky in Australia to have a lot of international shops where we can get Cypriot prepared products easily.

One thing I miss is Lunza, which is a deli meat. It’s cured pork with wine and coriander (can you tell it’s a popular combination?). I haven’t found a lot of people making it here.

In Cyprus, it’s very popular to make a sandwich with a toasted bread roll filled with lunza, tomato, cucumber and halloumi, and then grilled. It’s just the best flavor in the world.

We all like stuffed vegetables with mince and rice. A big difference between the three is the flavors used. So Greeks use a lot of dill, while Greek Cypriots use a lot of mint, parsley, and pork. Turkish Cypriots also use a lot of mint and parsley, but they will use beef and lamb for their dishes, not pork.

Halloumi is a type of cheese from Cyprus. Traditionally, it was made as a combination of just goat and sheep’s milk. In the olden days, each house would have a goat. They would milk the goat and then would go to one person’s house to share the milk and make halloumi.

As it became a lot more popular all over the world, goat and sheep’s milk wasn’t sustainable anymore, so they had to bring in cow’s milk.

We tend to put lemon juice on halloumi, but you can also add syrup or honey for a little sweet/savory combination. If you haven’t had watermelon and halloumi, you need to have that combination please!

If you liked reading about Cyprus, don’t forget to check out the delicious Cypriot recipes on my site!: