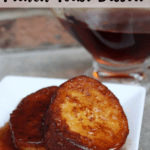 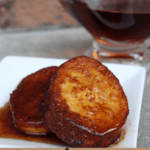 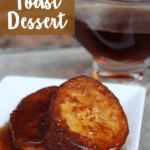 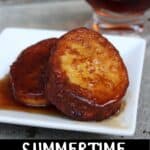 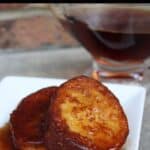 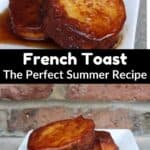 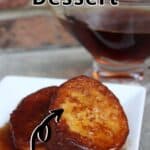 Andorran torrijas (Dessert French Toast) are a special Catalan dessert specific to Easter time. Small pieces of bread are soaked in milk, dipped in an egg mixture and fried, and then rolled in cinnamon sugar. They closely resemble a dessert version of French toast.

Recipe Development Isn’t as Easy as it Looks

As a lot of you might recall from some of my Albania fails, I do not have the best track record with my own recipe development. Up until now, every time I had tried to create my own recipe, I ended up with something that made me wish I had just stuck with the original. It’s a good thing that I’m honest with ya’ll. And it’s a good thing that I REFUSE to give you a recipe that isn’t good. I’ll try mine a couple of times, but if it ends up that someone else’s is better, that’s what I share…. Which has pretty much been the case up until now. 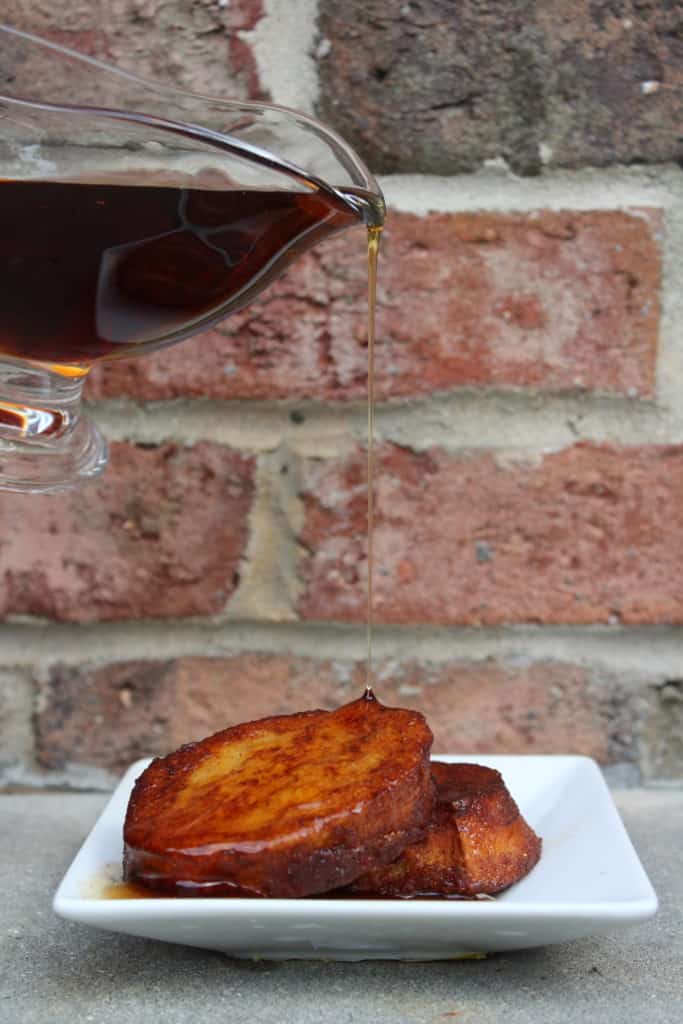 BUT, LET ME TELL YOU PEOPLE,  YOUR GIRL AIN’T A QUITTER.

And, finally, we found some success.

Torrijas (Andorran Dessert French Toast) are a Catalan dessert that are very popular during Easter time in Spain. However, because of Catalan influence in Andorra, they’ve made their way across the border! Typical torrijas (Andorran Dessert French Toast) are flavored with cinnamon and lemon, but I wanted to try something new. I’m a huge coconut fan and love pretty much anything that contains it. That, paired with wanting to use up some slivered almonds I had left over from Algeria is where I came up with these Andorran Coconut and Almond Mini French Toasts.

When I was cooking Andorra, I made a traditional version of this recipe along with my own. This way, I could do a side-by-side comparison to see which was better. Better yet, I could have my parents do a blind test to tell me which flavor they preferred. Low and behold, I won!

This recipe just screams “spring” to me. Light and airy coconut paired with fresh, crunchy almonds is a perfect dessert to consume on a warm April day. I loved them and I’m sure you will too. 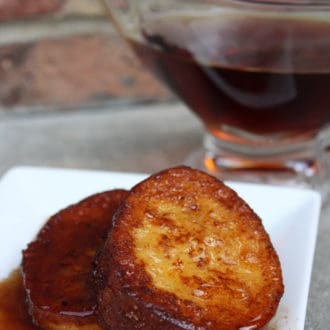 If you do not want a coconut almond flavor, use regular milk and replace the almond extract with vanilla. If this is the case, also add the rind of one lemon to the milk boil!  Recipe Copyright Alexandria Drzazgowski, The Foreign Fork. For personal or educational use only.