Home » Interviews with Locals » Vietnamese Food: Everything You Need to Know 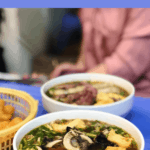 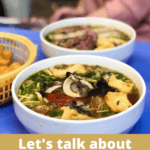 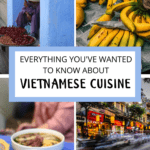 Vietnamese food exhibits a uniqueness that many find hard to replicate. The recipes use particular ingredients and methods, and though many modern renditions exist, looking at authentic cooking methods proves very important.

Sophie from Delightful Plate grew up in Vietnam, moved to the United States for 5 years, and now lives in Vietnam again. Her food blog features over 100 Vietnamese recipes, including authentic classics and modern takes.

Sophie provided a delightful interview about Vietnamese Food and culture and I just can’t wait for you to read it!

Tell me about your background with Vietnam. Where are you from?

I was born in Hai Phong, a seaside city (the 4th largest in Vietnam) about 70 miles away from Hanoi, the capital city of Vietnam. I also lived in Hanoi for 5 years, so the city is also like my second hometown in Vietnam. Two years ago, I returned to Vietnam and settled in Ho Chi Minh city (also called Saigon) which is the most dynamic city in the country.

I think I had a pretty typical childhood, the same as most kids growing up in Vietnam. Most of my time was spent on studying at school. Back then, it was very important to achieve high grades, especially in natural science subjects even from primary school level. Vietnamese parents invest heavily in their kids’ education, believing it is the only path towards a bright future.

Extra-curricular activities were not considered important during my time, but things have changed in the past decade and people are paying more attention to those activities now.

My childhood was also filled with delicious homemade food. Almost all families in the North ate at home every day during the week.

I read comic books for fun in my free time, which wasn’t really a lot since I was at school all day and did homework every evening. I’m proud I was at the top of my class, but I still have nightmares of examinations even now :). There’s a trade-off to everything I guess! In summer, my parents always took me traveling with them to different cities in Vietnam as well as some neighboring countries in Asia.

I have only lived in major cities in Vietnam so can’t speak about the community in the countryside. Generally in the cities, people have a strong sense of locality, meaning they prefer local restaurants, local shops, local markets.

Some really like to get to know their neighbors. Neighbors can bump into each other quite often and their kids usually play together. Things have changed though and nowadays, people start to care more about privacy.

You used to live in Northern Vietnam and now live in Southern Vietnam. How is Vietnamese food different or the same between the North and the South?

People outside of Vietnam often view Vietnamese cuisine as one singular thing, but the truth is the food can be quite different going from one city to another. And going from the North to the South will amplify the differences even more.

The most distinguished difference is Northern food has more subtle flavors and is on the savory side, while Southern food is on the sweet side. Some ingredients are more frequently used in one section than in the other.

With that said, the core flavor combinations are still similar and the majority of ingredients used are the same. Rice is a staple and fish sauce is in the pantry of every household.

You moved to the United States from Vietnam…. What was that like? Did anything surprise you about moving to the US? What did you miss the most while you were away?

Yes, I moved from Vietnam to the US and lived in Illinois for 5 years. The diversity in the food scene in the US really surprised me. Even in my small town, there were many restaurants serving international cuisines. I also realized how huge the US really is, geographically speaking.

One thing I missed was how easy it was in Vietnam to walk out of the house and grab a banh mi sandwich or a bowl of pho noodle soup at any time of the day. I also miss pho cuon (rice noodle rolls), a Hanoi specialty.

Vietnamese cuisine is very diverse as I mentioned in question #2. Vietnamese food found in America is usually Southern-style. Some ingredients don’t exist in authentic Vietnamese cooking at all, such as jalapeño.

For some dishes such as banh mi, people can sometimes get so creative that their versions have little connection to the authentic version, but some of them are really tasty.

A number of dishes are pretty similar to those in Vietnam, such as fresh spring rolls. I think bun bo Hue (Vietnamese spicy beef noodle) is a Vietnamese dish done pretty well in America.

Restaurant experiences are quite similar to those in other countries. We have a big street food culture here in Vietnam which is different though.

What is the street food culture like in the country?

Street food culture has always been huge here, but personally I don’t love the current street food scene. The ingredients used as well as the hygiene practices are questionable at most street food stalls.

When I was a small kid, it was better. Back then, the food had “purer” flavors while nowadays I feel like vendors just overdose their food with all kinds of random seasonings. Street food is still a convenient and affordable option to many Vietnamese people though.

Tell me about Vietnamese Food.

The most common type of meat is pork, and chicken and beef are also popular. With a long coastline, seafood is common in daily meals of people in seaside cities. We utilize a lot of pork cuts, much more than in Western cuisines. Besides pork shoulder and loin, pork belly and shanks are also a favorite. It is even possible to cook pork skin or pork ear.

Vietnamese people (except kids) love vegetables in daily meals. The common ones are baby bok choy, choy sum, morning glory, green beans, winter melon. Some vegetables are harder to find outside of Vietnam, such as malabar spinach or watercress.

Vietnamese cuisine is actually not very heavy on spices. We do use a lot of fresh herbs and aromatics but not a lot of spices. The most commonly used ones are black pepper and five-spice powder. Pho noodle soup and duck noodle soup are the two dishes that use spices heavily.

What are your everyday Vietnamese foods? What types of things are common for breakfasts, dinners, snacks?

We eat rice almost every day. At least one meal of the day is Vietnamese-style, including a savory dish, a vegetable dish and a soup dish. A typical everyday savory dish is a caramelized protein, such as caramelized pork belly or ribs and caramelized fish. Main dishes can sometimes be incredibly simple such as fried fish served with fish sauce on the side. Vegetables can be boiled, stir fried or made into soups.

For breakfast, most Vietnamese people prefer savory dishes, very different from Western world. We like to eat banh mi, noodle soups or sticky rice. Snacks can be either sweet or savory and many of them are fried snacks.

Do you eat anything in Vietnam that’s not eaten anywhere else in the world? Anything surprising?

Off the top of my head: Chả rươi, or live sandworms mixed with raw egg and spices, then fried.

They consider this dish a delicacy in the North since the main ingredient is not available all year round. Besides, it requires a lot of other special ingredients such as lolot leaves, perilla leaves and mandarin peel. It is best to eat this with rice vermicelli noodles, lettuce, fresh herbs and nuoc cham dressing.

What’s your very favorite recipe from Vietnam? What is your least favorite food that is traditionally Vietnamese?

My most favorite dishes are usually traditional ones and region-specific. For example Hanoi pho (it has to be Hanoi-style), steamed rice rolls (banh cuon in Vietnamese, and it has to be the version from my hometown), square sticky rice cake (banh chung, a traditional Northern cake for Lunar New Year celebration).

My least favorite traditional Vietnamese food is fresh spring roll with pork and shrimp. It tastes fine but I just find it… uninteresting.

Are there any ingredients that you love that just aren’t the same unless you’re in Vietnam?

There is a variety of Vietnamese sweet potato with orange flesh and once grilled/baked, the flesh becomes as sweet as honey. I haven’t seen this type of sweet potato outside of Vietnam.

I started my blog 3 years ago with my husband. We have posted almost 100 Vietnamese recipes on the blog as well as some recipes from other cuisines that we love. I explain the origin and traditional methods to cook each Vietnamese dish.

We started it as a creative outlet, a diary and more importantly, we wanted to preserve the authenticity of Vietnamese cuisine. Many recipes labeled as Vietnamese exist on the internet, but don’t exhibit characteristics of Vietnamese cuisine, with ingredients not used in authentic Vietnamese cooking. I appreciate the creativity (and I do make creative/modern Vietnamese-inspired dishes), but I want to share how Vietnamese people cook and serve food in Vietnam.

Both my husband and I are from the North of Vietnam and we feel that Northern Vietnamese cuisine is quite under represented on the internet, so we love to share recipes we grew up with that haven’t been well known outside of Vietnam. 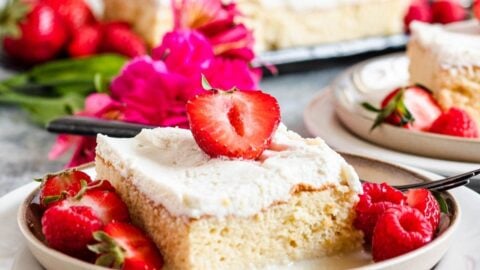 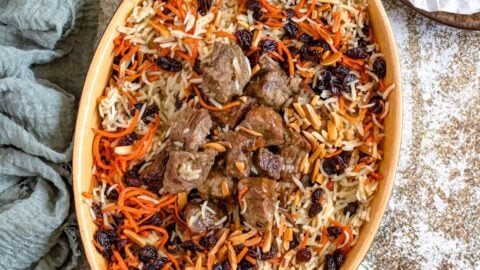 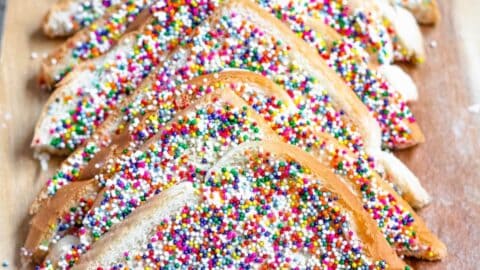 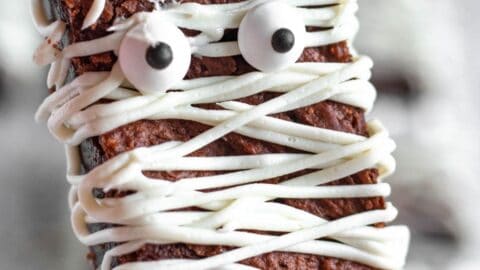 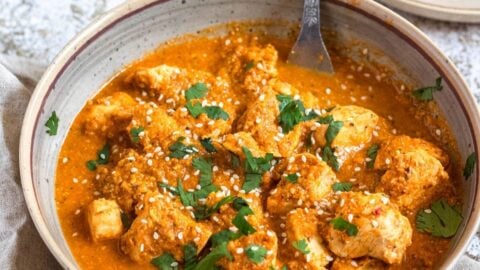 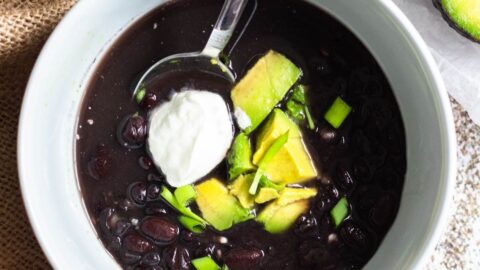