Mangal salad is a side dish from Azerbaijan made from broiled vegetables, including peppers, tomatoes, eggplants, and red onions. Serve this dish alongside some crusty, toasted bread for a spectacular appetizer, or bake with eggs for a delicious breakfast.

As 2019 starts, so does Azerbaijan! And we’re kickin’ this year off with a GREAT Azerbaijani side dish, called Mangal Salad. I am SUPER excited for this recipe because 1. It’s Amazing and 2. It’s Whole30 Compliant!

A January Whole30 and Thoughts on New Year’s Resolutions

Quick interjection: Whole30 is 30 days of cutting out everything that messes with digestion (ie: grains, dairy, legumes, alcohol, and processed sugar). After 30 days without these food groups, you slowly add them back in and see what foods work well with your body.

Yep, I admit it. I jumped on the Whole30 bandwagon for the first month of 2019. Funnily enough, I’m not really a huge “New Year’s Resolution” person.

I believe that you can improve yourself or achieve your goals at any time of the year. You don’t need to wait for a new year to begin to do so. But also, a fresh, clean start is never a bad thing… And I wanted to curb those out of control sugar cravings I’ve been having. So here we are: No processed sugar for 30 days.

(As I type this, I have a chocolate pineapple upside down cake baking in the oven for a Post-New-Year-Family-Christmas-Party I’m going to today. Which I CANNOT EAT WHEN IT COMES OUT OF THE OVEN. Name a bigger form of torture. Oh wait. YOU CAN’T.)

This Mangal Salad is G-O-O-D

Anyways. If I’m going to be sad about not eating cake, this mangal salad softens the blow just a bit. It’s super simple to make, and absolutely scrumptious. Once it was done, I spread it on some toasted French bread and ooooh baby I was in heaven. I also baked some eggs into the mangal salad for breakfast, which was deeeeelish.

Leave the vegetables whole, and broil them in the oven until the skin is blackened and the flesh of the vegetables is sweet. Peel the skin off of the vegetables, chop them, and mix them together. Traditional mangal salad does not include mushrooms or almonds, but these additions definitely brought this side dish over the edge. Try it out!

If you like these veggies also try out this Fergese (tomatoes, peppers, and feta cheese) from Albania! If you make this recipe, post a photo of it and tag @theforeignfork or hashtag #theforeignfork! 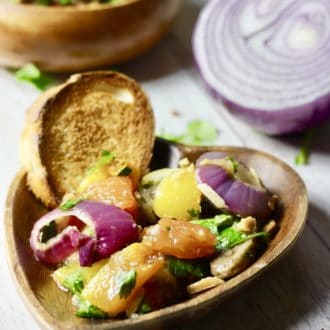 Mangal salad is a side dish from Azerbaijan made from broiled vegetables, including peppers, tomatoes, eggplants, and red onions. Serve this dish alongside some crusty, toasted bread for a spectacular appetizer, or bake with eggs for a delicious breakfast.
0 from 0 votes
Print Pin Rate
Course: Appetizer
Cuisine: azerbaijan
Cook Time: 15 minutes
Chill time: 30 minutes
Servings: 6 servings
Author: The Foreign Fork 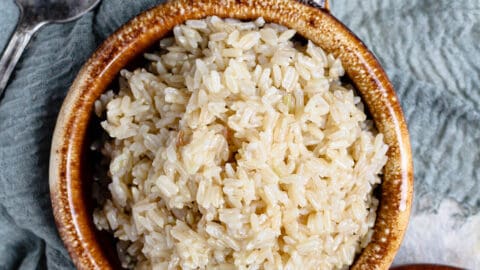 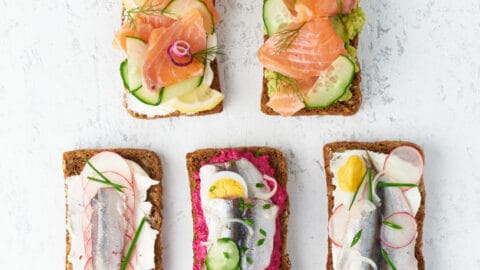 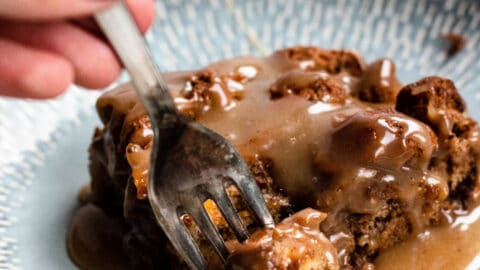 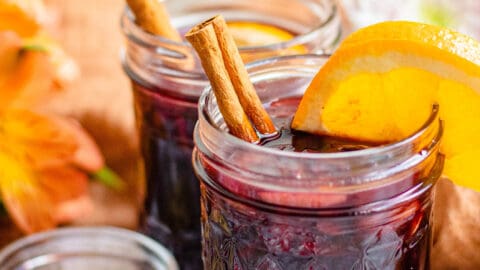 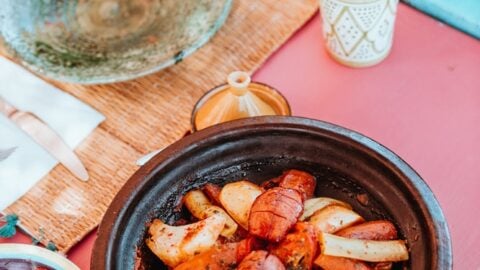