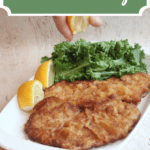 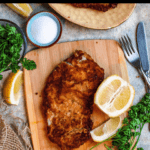 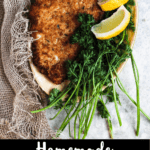 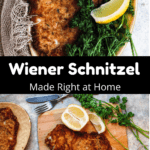 Wiener schnitzel is an Austrian main dish made with veal. The meat is pounded into thin slices, breaded, and fried and is then served with lemon wedges and greens for garnishment.

When I think of food in Austria, the very first thing that comes to mind is wiener schnitzel. this stuff is EVERYWHERE.

In every restaurant, on every dinner menu in Austria, wiener schnitzel is always an option.

Maybe I was eating at places that catered to tourists? But from my experience, there wasn’t a restaurant that didn’t serve this Austrian specialty.

Historians are unclear whether the original version of this dish was invented under the Habsburg Family in Austria or in Italy.

The Cotoletta Milanese, the Italian-named version of this dish, was first served in 1134 at an Italian banquet in Milan. The recipe is mostly the same except for the fact that Cotoletta Milanese frequently is served bone-in, which Wiener Schnitzel is made with cutlets.

Why Make this Recipe

What Ingredients are in this Recipe?

How to Make this Recipe

Use a meat tenderizer to beat the cutlets to ¼ of an inch. This is very important as it will keep your meat from tensing up as it gets hot.

Combine the milk and the eggs and whisk together.

Dip each of the cutlets into the flour. Then, dip them in the egg and then in the breadcrumbs to coat.

Put enough oil in the pan to come about halfway up the meat. Heat the oil until it reaches 350 degrees.

Squeeze lemon on the meat and enjoy!

What is Wiener Schnitzel?

Wiener schnitzel is a piece of veal that is pounded thin, breaded, and then fried. It’s normally served with a wedge of lemon, some greens for garnishment, and, occasionally, potato salad on the side.

What is the Difference Between Schnitzel and Wiener Schnitzel?

The word “Wiener” in the name actually refers specifically to a schnitzel that originated in Vienna, the capital of Austria.

What to Serve as a Side with Wiener Schnitzel

Surprisingly enough (at least it was surprising to me), Wiener Schnitzel is not typically served with any sides in Austria. If there is a side, it’s normally some roasted potatoes.

However, if you are making this dish at home and want to serve it up with a delicious side, some great options would be mashed potatoes (you can even serve them up with horseradish!). This spinach salad would also be a great option.

Liked this recipe for Austrian wiener schnitzel? If so, make sure to check out these other recipes I picked out just for you:

If you make this recipe at home, leave a review/comment on this post letting us know what you thought! 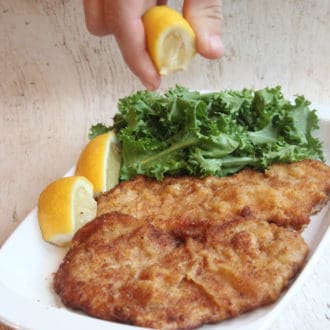 Recipe copyright The Foreign Fork. For personal or educational use only.
Tried this Recipe? Pin it for Later!Mention @TheForeignFork or tag #TheForeignFork! 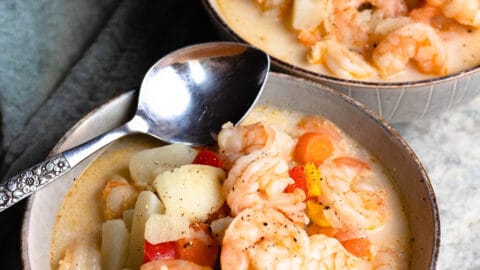 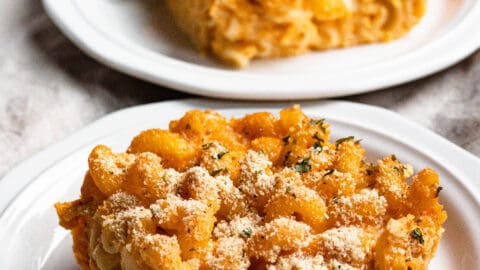 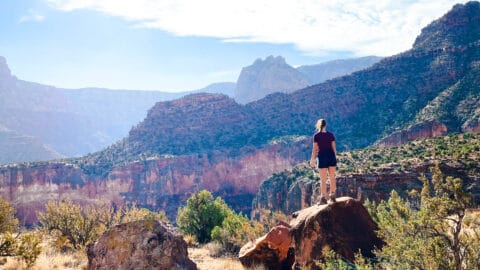 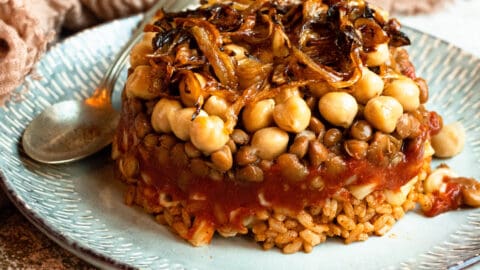 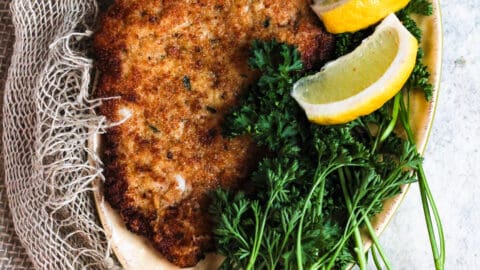 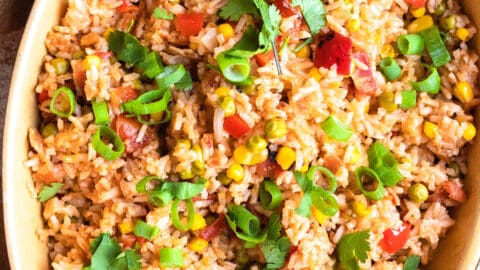