This Vegemite Pasta is a must try! Pasta water and Vegemite combine to make a thin pasta sauce, which then coats a dish of delicious pasta, peas, mushrooms, and grilled chicken.

The first time I tried Vegemite, I was sitting on the floor of my hostel in Paris, France. One of my roommates that night was a very nice friend to talk to. A backpacker on the last leg of 5 weeks backpacking from Australia.

As often happens when you’re sharing a room with someone from another country, the Aussie backpacker, my friend, and I started discussing stereotypes. We listed perceptions we had of each other’s country, and then talked about if these thoughts were accurate or if they were misconceptions (please, I don’t even want to talk about the American stereotypes he had… and how many of them rang true).

Suddenly, a plastic container with a yellow lid appeared on the ground in front of me. It was a mini jar of Vegemite that had traveled the lengths of Europe with this fella. He handed me a spoon and told me to try it. Naturally, I began by filling up the spoon with the strange brown substance.

As I was bringing the spoon close to my mouth, I heard a yell. “WAIT!!! That’s too much. Take almost all of that off of your spoon, trust me.”

At first, I thought he was just being protective over his Vegemite, knowing that he wasn’t going to be able to get more until he returned home. Upon tasting my tiny morsel of the spread, though, I discovered what he had actually meant.

The flavor was strong. VERY strong. And it was definitely not a taste that I enjoyed. I made a face of pure disgust and he said, “I know, I know. Almost no Americans like it. But the taste grows on you, I promise.”

Most Australians eat Vegemite every day, a fact that, up until a few days ago, I did not understand. When it came time to cook Australia, I knew I was going to need to try Vegemite again, and I’ll tell you, I was dreading it.

A few bites of toast with Vegemite were enough to solidify for me that I could never have Vegemite with breakfast. But I knew that Aussies loved the stuff, so I knew that I would need to create a recipe that showcased Vegemite in all of its glory. 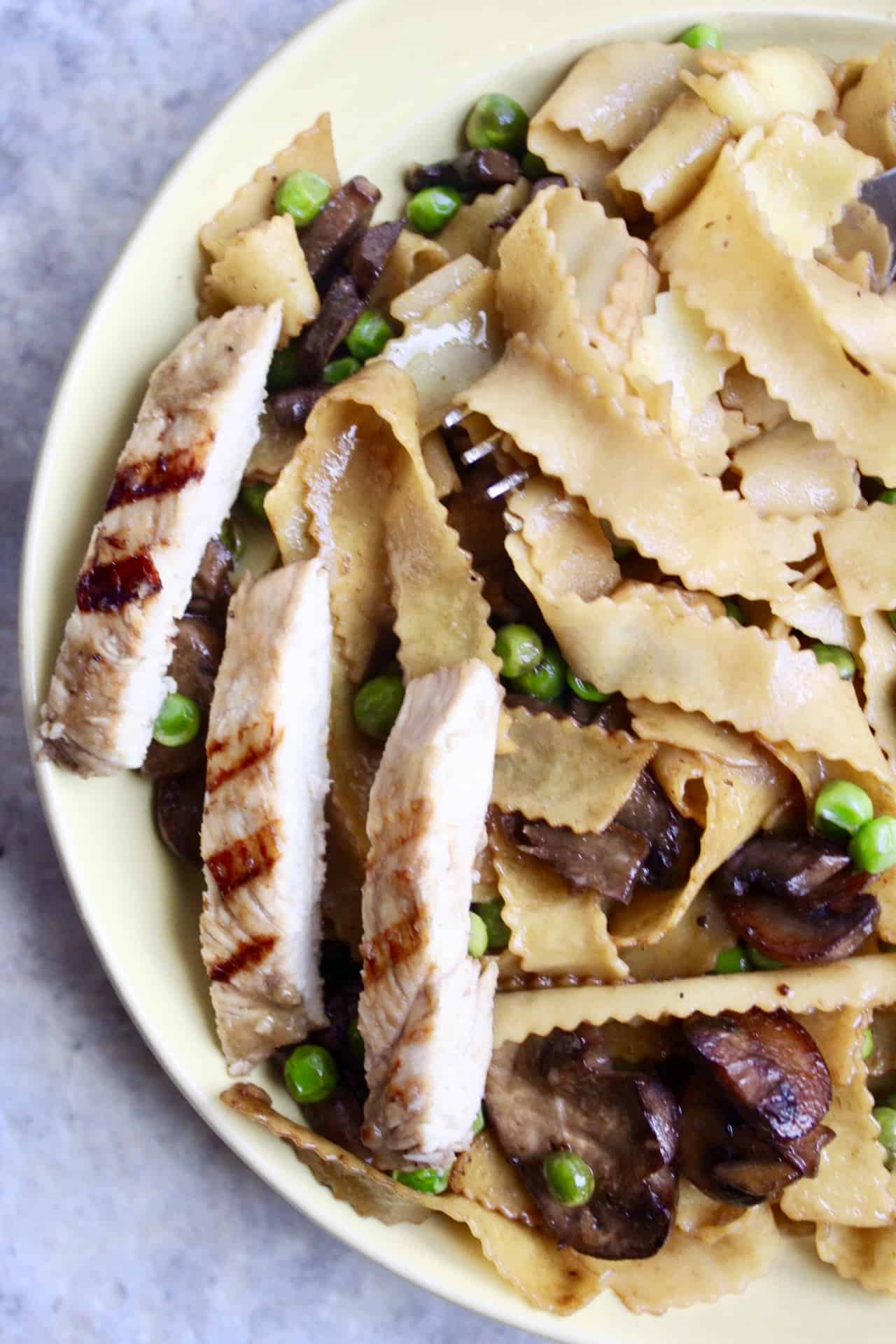 ENTER: Vegemite Pasta. This dish was the most surprising recipe I’d made so far. As I tasted the final product, I braced myself, preparing to spit my bite right out into the trash. But surprisingly enough, pasta with Vegemite sauce is insanely good.

The key here is to use the Vegemite sparingly. Add just enough to flavor the pasta, but not so much that it’s the only thing you taste. The Vegemite is a contributor to this delicious dish, but it definitely works as an enhancer to the other flavors. The mushrooms, peas, chicken, and parmesan cheese work with the Vegemite to create a dish that is simple and delicious.

Even if you’ve tried Vegemite and you hated it, try out this recipe. It might surprise you just as it surprised me!

Looking for more pasta recipes? Try this Armenian Mantiabour recipe or this recipe for Armenian Rice with Vermicelli Noodles.

Have you tried this Vegemite pasta recipe? Love it or hate it, comment below and let me know! And if you share photos, make sure to tage #theforeignfork so that I can see. Happy Cooking! 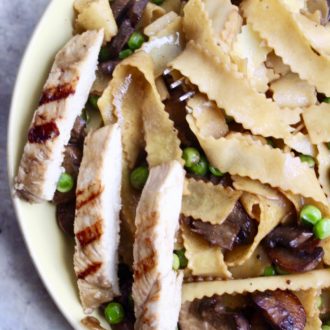 « Lamingtons: The Power of Baking
Sacher Torte from Austria: The History of Coffee »