Flavor: An incredibly powerful flavor… one of the strongest in the world! The flavor is strong, warming, sweet, and a little medicinal or fruity.

Use with: Marries well with allspice, bay, cardamom, cinnamon, fennel, ginger, and nutmeg. Used in recipes on every continent around the world, but particularly in Middle Eastern, Indian, and North American cooking. When used in moderation, it is delicious in baked goods and pies. It also pairs well in savory foods, particularly rice dishes, spicy meat dishes, and curries. 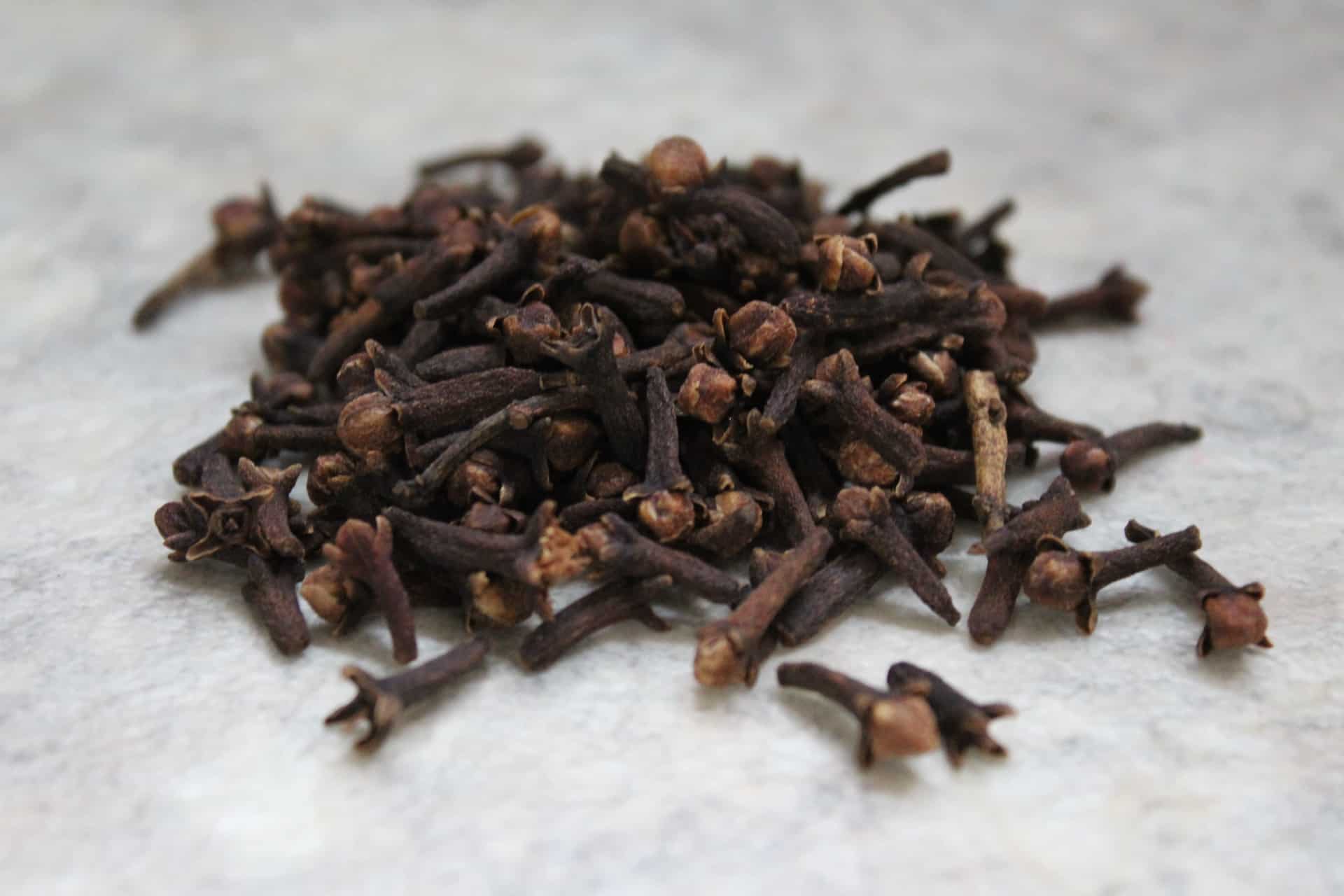 Cloves are hard, dry spices with a round head and a tapered stem. They come from the Spice Islands in Eastern Indonesia, and are the unopened flower buds of an evergreen tree there. Indonesia is still the largest producers of cloves, but the trees that produce this spice also grow in Tanzania, Sri Lanka, Madagascar, and Grenada.

Some of the most influential explorers owe their success to cloves. This includes Christopher Columbus– who had heard of the great spice and was searching for the Spice Islands when he stumbled upon the West Indies– and Ferdinand Magellan– who returned from his circumnavigation with so many tons of cloves that the earnings from them paid for his entire expedition.

The popularity of cloves began far before the Age of Expedition, however. They first gained popularity during the Han Dynasty in China (beginning in 206 BC), where they were believed to be the first form of a breath mint. During times of plague, cloves freshened the air when the stench of death was foul.

To learn more about the interesting history of cloves, read The Spice and Herb Bible by Ian Hemphill or click here to read an online version written by the same author. 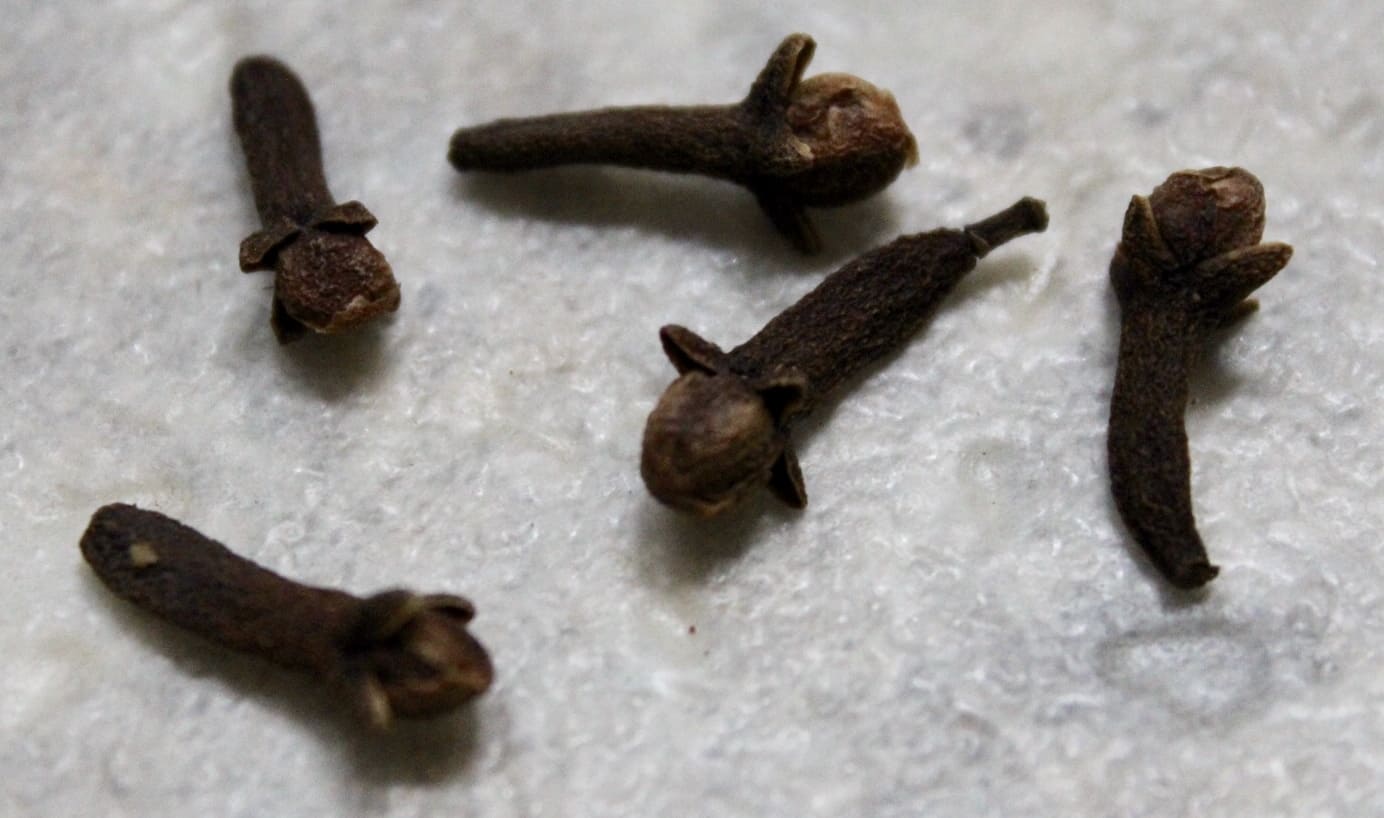 Harvesters begin picking cloves when the buds of the flowers are fully grown but have not had time to open. This happens at a different time for each bud on the tree, so harvesters must take special care to wait until the right moment. After picking the buds, harvesters separate the stem from the bud and leave the buds out in the sun for several days to dry. Buds are “ready” to sell when they hurt your hand if you hold them too tightly. This is because the sun has dried them out enough to give them a rough exterior and proper texture.

The most important thing to remember when cooking with cloves is to use them sparingly. The flavor of cloves is very distinct and strong, and too much can overpower a dish. When used in moderation, they seem to cleanse the palate and provide a sweetly spicy taste.

When cooking with full clove buds, be sure to remove them before serving food. If chewed, the full buds give off a numbing sensation to the tongue. When shopping for ground cloves, take care to buy the ground spice with a reddish-brown color. The lighter the appearance of the spice, the more likely it is that clove stems were ground into the mixture, reducing the quality of the product.

Cloves are a kitchen staple in every continent around the world. Clove studded onions make incredible chicken stock. Baked goods, such as pies, poached fruits, and mulled wines benefit from cloves in Europe and North America. Arabian dishes, Denmark pepper cake, Asian curries, Afghan Garam Masala… they all use cloves.