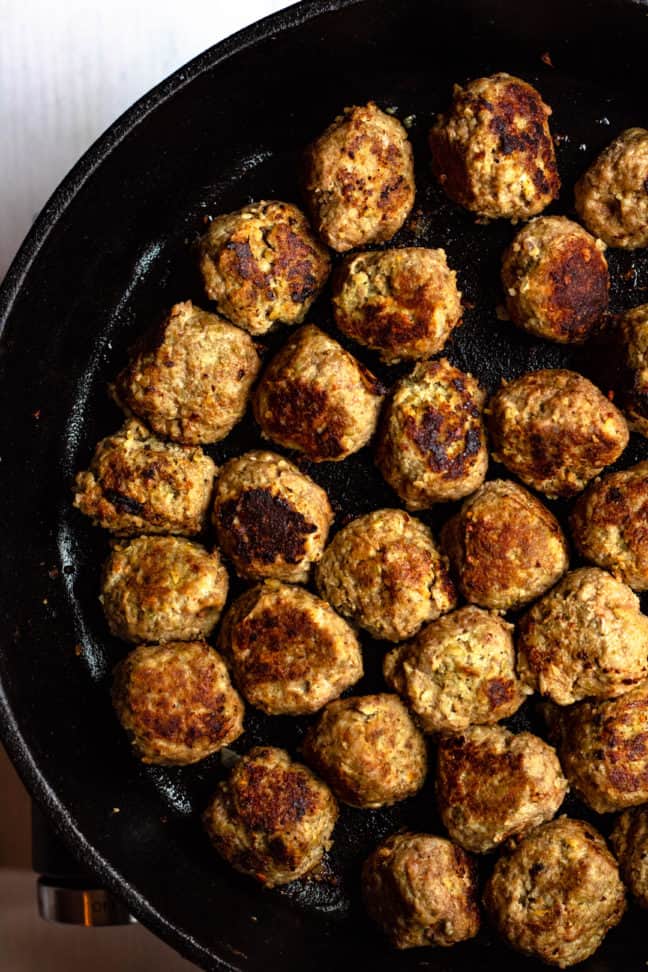 If you like experimenting with foods, this is a great recipe for you to try! Who doesn’t like a good meatball?? Seriously, no one. Not a soul.

Meatballs are a good, classic favorite. So if you want to try some global experimentation in your kitchen without TOO big of a risk, this is the recipe for you.

Kanda is a recipe that, so far, I’ve only seen a variation of from the Central African Republic. This kanda recipe feature pumpkin seeds ground into a powder. In this recipe we mix the pumpkin seeds with beef to make delicious and simple meatballs.

In the Central African Republic, there’s also another form of kanda called Kanda ti nyma, which, instead of pumpkin seeds, is made with okra and peanuts.

What is in this Recipe for Gluten Free Meatballs?

For full measurements and instructions, scroll to the recipe card at the bottom of the page.

How to Make Kanda

In a food processor or blender, grind the pumpkin seeds to a powder.

Add the rest of the ingredients into the food processor and grind until fully combined.

Transfer the mixture to a bowl and refrigerate for at least an hour.

Heat some olive oil in a cast iron skillet.

Roll the mixture into meatballs about the size of golf balls. Place them in the pan, and use tongs to turn them as they cook, ensuring that they brown on all sides and cook through. It will take about 15 or so minutes.

You may need to cook them in two batches.

How to Serve your Gluten Free Meatball Recipe

The traditional way to make this gluten free meatball recipe is by placing the meatballs in a tomato and onion sauce. You can even serve it with rice!

The way that we served them in my family was to put them over a bed of spaghetti noodles. The next day, we served them just with a side of pasta sauce, similar to how they’re enjoyed in the Central African Republic. Both days they were deeelicious, and definitely a do-over meal in my house! 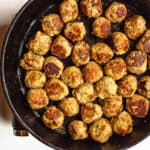 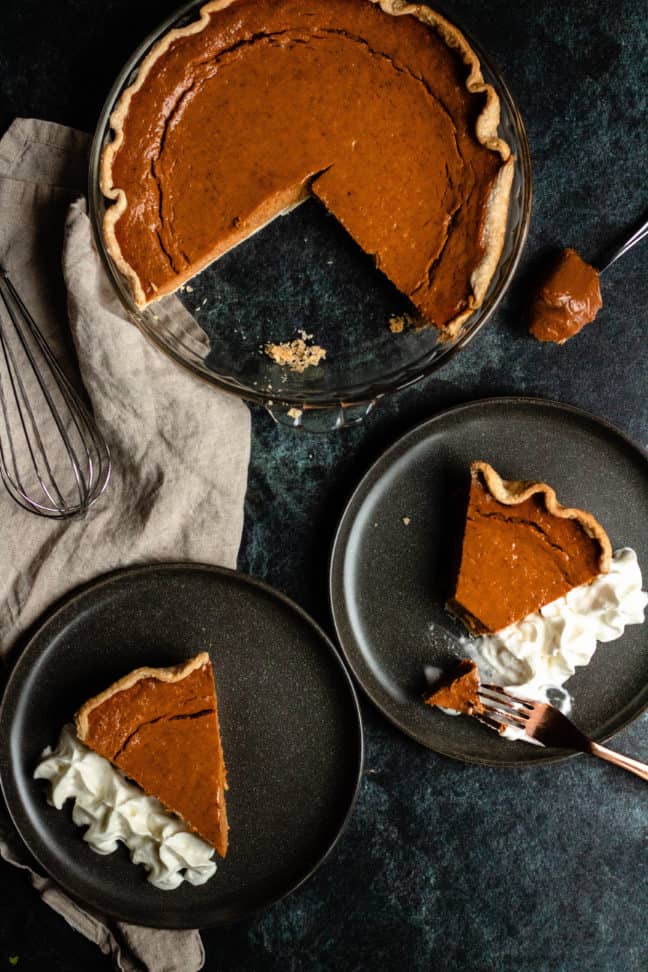 Pumpkin Pie Filling …. A classic.  A tradition. Beloved by many. Thanksgiving is coming up in the United States which you KNOW means pumpkin pie galore… This pumpkin pie is a little twist on a great classic, and features a little bit of dulce de leche! It adds a perfect amount of sweetness and creaminess to the recipe!

How many of you watch Friends AKA the very best television show made in the entire universe… (think I’m wrong? Change my mind in the comments.) Anyways, if you know Friends, you know about the Nesele Toulouse incident.

If you don’t know what I’m talking about, let me explain. There’s this episode of Friends where Phoebe is trying to give Monica her grandmother’s famous chocolate chip cookie recipe. Phoebe’s grandmother is dead and she only has one singular cookie left, so they work together to create at least 22 batches of cookies to try to guess the recipe.

At the very end, the group is defeated as they haven’t figured out the recipe, and Phoebe mentions that it came from a distant relative… Nesele Toulouse. Or, if you pronounce it differently… Nestle Tollhouse.

Monica throws Phoebe the bag of chocolate chips they’ve been using and they realize that it has been the Nestle Tollhouse recipe all along.

When I was content planning this year, I was going through all of my old recipes…. I found my pumpkin pie filling recipe and decided that it would be perfect to put on the blog! I wouldn’t need to recipe test, because I KNOW it works perfectly.

My mom gave me the pumpkin pie recipe a looong time ago, so before I decided to post the recipe, I asked her where we had gotten it. I wanted to make sure that it was actually a family recipe and that I wasn’t plagiarizing from anyone else.

My mom assured me that the pumpkin pie filling recipe belonged to my grandmother and that I could share it without any fear that I was copying it from anyone else.

I set out on my merry way to the grocery store, ready to buy all of the ingredients that I need for (what my mother calls) my grandmother’s pumpkin pie recipe. I head over to the baking aisle, pick up a can of pumpkin, and look at the recipe on the back label.

What’s In This Pumpkin Pie Filling?

For full measurements and recipe instructions, see the recipe card at the bottom of the page.

How to Make this Pumpkin Pie Filling:

Mix all of your ingredients together and pour into a pre-prepared pie crust of your choice.

Reduce heat to 325 and cook for another 35-40 minutes or until a knife inserted in the center comes out clean.

As much of a shock as this might be, I have to share: pumpkin pie did not originate in America. Long before the first settlers came to America, England was making their own version of pumpkin pie.

The Native American settlers that helped the pilgrims survive their first winter in America at Plymouth colony were also very familiar with pumpkins.

Because of this, it can be assumed that pumpkin pie in some form was served at the three day feast that the pilgrims and the Wampanoag shared.

It’s hard to believe, but Thanksgiving wasn’t always an American holiday. In fact, Abraham Lincoln only declared Thanksgiving a holiday in 1863.

Because of this, many Confederates in the 1860s thought that Abraham Lincoln was trying to push Yankee and abolitionist tradition on the people in the South when he announced the new national holiday.

Info credited to The History Channel

Is Pumpkin Pie Filling Supposed to be Runny Before Baking?

You will know your pumpkin pie is ready when a knife inserted into the filling comes out clean.

Is This Recipe Gluten Free?

Can Pumpkin Pie Filling be Made Ahead of Time?
=

You betcha! This pumpkin pie filling would be very easy to make ahead of time. I would store it in a plastic container in the fridge and only pour it into the pie crust right before baking. Don’t forget to mix up the filling before pouring it into the crust!

Phew, folks, that was a long one! But hopefully you feel a little more educated and a lot more prepared to make this Pumpkin Pie Filling Recipe. If you liked this, don’t forget to leave a comment letting me know what you thought! 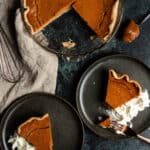 This pumpkin pie filling recipe is delicious! The recipe contains a delicious twist on a great classic– dulce de leche! 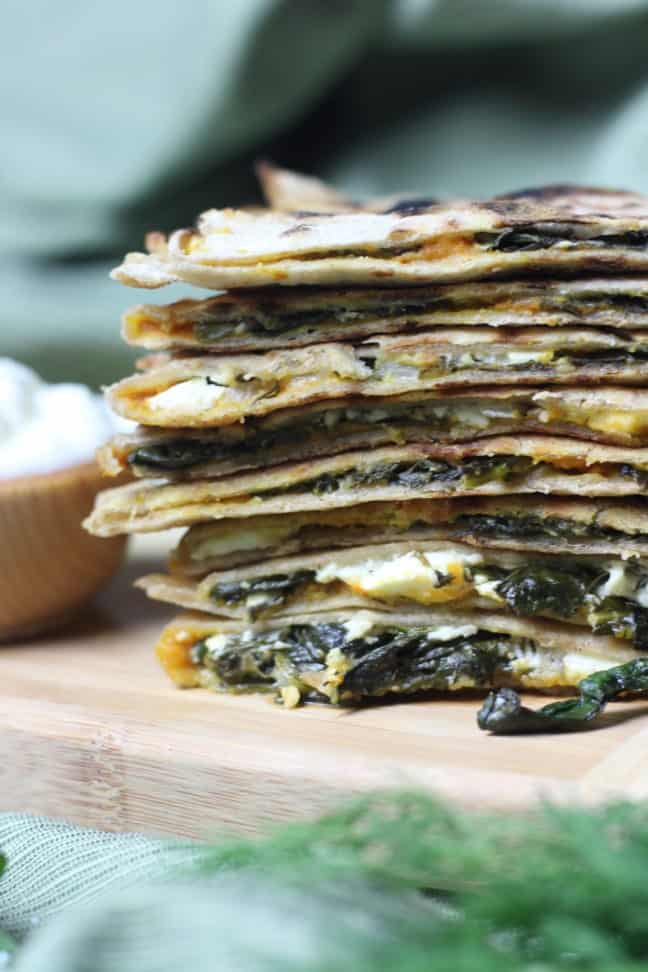 Qutab is a savory crepe from Azerbaijan. The only qualifier to this dish is that the crepe must be filled with herbs. After that, creativity is welcome! Try different meats, cheeses, herbs, or spreads and discover your favorite Qutab combination.

Lookin’ for a little snack? A great appetizer? A light lunch that pairs perfectly with delicious soup? Look no further, my (wo)man! I gotchu covered right here.

These little snackers remind me of crepes, but crunchier. The batter is made of all-purpose flour, whole wheat flour, oil and boiling water. It crisps up nicely to make a deliciously textured crust.

When making the pancake portion of the Qutab, use a medium pan, and make sure to re-grease it with each new circle of dough added. Place the dough in the pan, and immediately begin filling the crepe with your desired filling. Leave the crepe to cook for about 30 seconds to one minute, until it starts to brown. Using a rubber spatula, fold the dough over to create a half moon shape. Continue cooking the Qutab until both outer sides have browned.

The freedom is yours from there! As long as the Qutab are filled with herbs, they’re considered a traditional Azerbaijani recipe.

I chose to fill my Qutab with mint, dill, cilantro, and chives, but you can also choose from sage, oregano, or any other herbs that catch your eye. Be sure to use a base of spinach! If you’d like meat in your crepe, ground lamb makes a great choice. Mix in paneer or feta for a cheesy addition, or add spreads to the cooked crepe, like pumpkin or molasses.

Get creative in the kitchen and see where it takes you! If you come up with a mind-blowing combo, share it with me!! If you liked this Qutab, I’m sure you’ll also live this Boolawnee from Afghanistan or this Zucchini Slice from Australia! 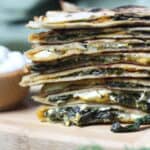 Qutab is a savory crepe from Azerbaijan. The only qualifier to this dish is that the crepe must be filled with herbs. After that, creativity is welcome! Try different meats, cheeses, herbs, or spreads and discover your favorite Qutab combination.